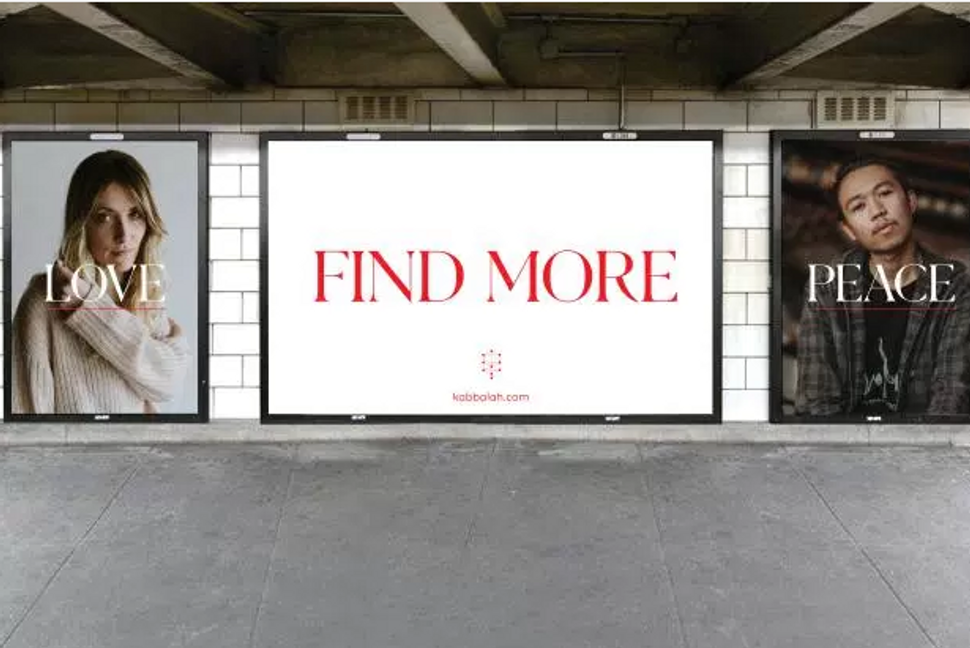 Image by Base Design

The Los Angeles-based Kabbalah Centre is teaming up with “branding gurus” at the company Base Design to launch a new advertising campaign — rendering Jewish mysticism for mass consumption.

Geoff Cook, a partner at Base Design told Quartz that they were looking to “demystify” Kabbalah. To this end, the branding company created a slew of new, sleek designs — like greeting cards carrying the 72 names for God, clothbound books and branded water bottles. The new effort will include a revamped website, mobile app and podcasts.

The Centre is also unrolling a set of subway ads. The ads picture portraits of models and “at first glance, look like fashion spreads,” Quartz wrote. The Kabbalistic red string bracelet — popularized in recent memory by the Centre’s celebrity acolytes and Ivanka Trump — is notably absent from the latest campaign.

The current version of the Centre was founded in the 1980s and has attracted high profile (and non Jewish) members, like Madonna and Britney Spears. Kaballah is a historic Jewish type of mysticism, but has also long been popular in in Christian, occult and New Age circles.

If you want to read more about the Kaballah Centre, check out stories here and here.