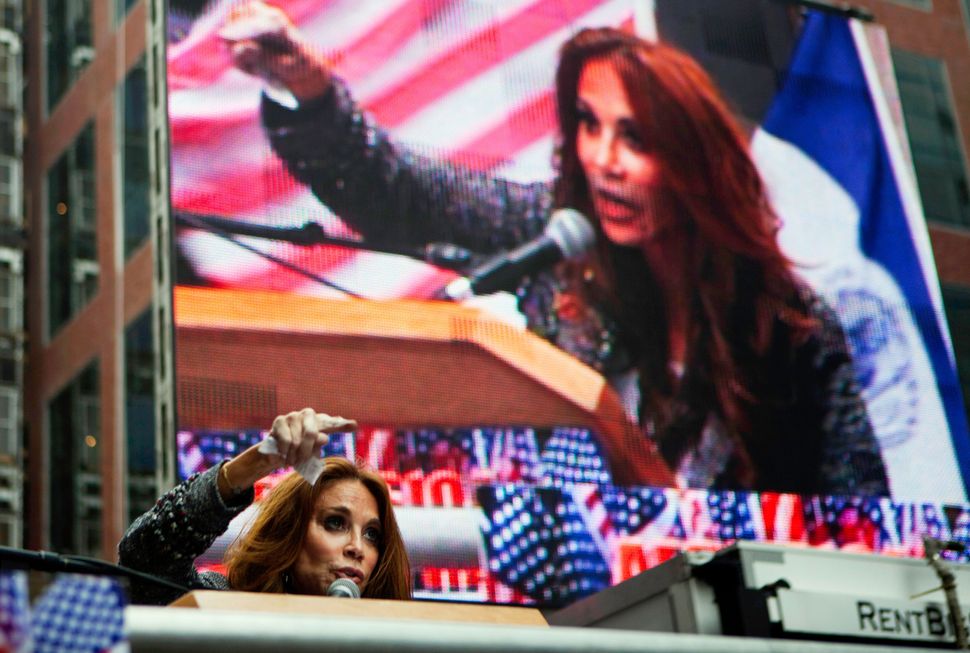 Pamela Geller speaking in New York in 2011. Image by Getty

A man inspired by ISIS who had conspired to behead a Jewish anti-Muslim blogger and activist was sentenced Tuesday to 28 years in prison, the New York Daily News reported.

David Wright, 28, was found guilty of plotting with his uncle and another man. Prosecutors said that Wright sought to emulate ISIS’ infamous beheadings.

Wright, who was over 500 pounds at the sentencing hearing, said he never actually followed ISIS, and just promoted the group online to get attention. He called it “trash talk.”

The beheading plot came about after Geller created a cartoon contest for depicting the prophet Mohammed. Images of prophets are forbidden by Islamic law.

Speaking at the sentencing hearing, Geller said that the threat had been “devastating” to her, and caused her to spend thousands of dollars on security.

“There is no assurance that anyone can give me that he would not resume his quest to kill me and my relatives,” she said.