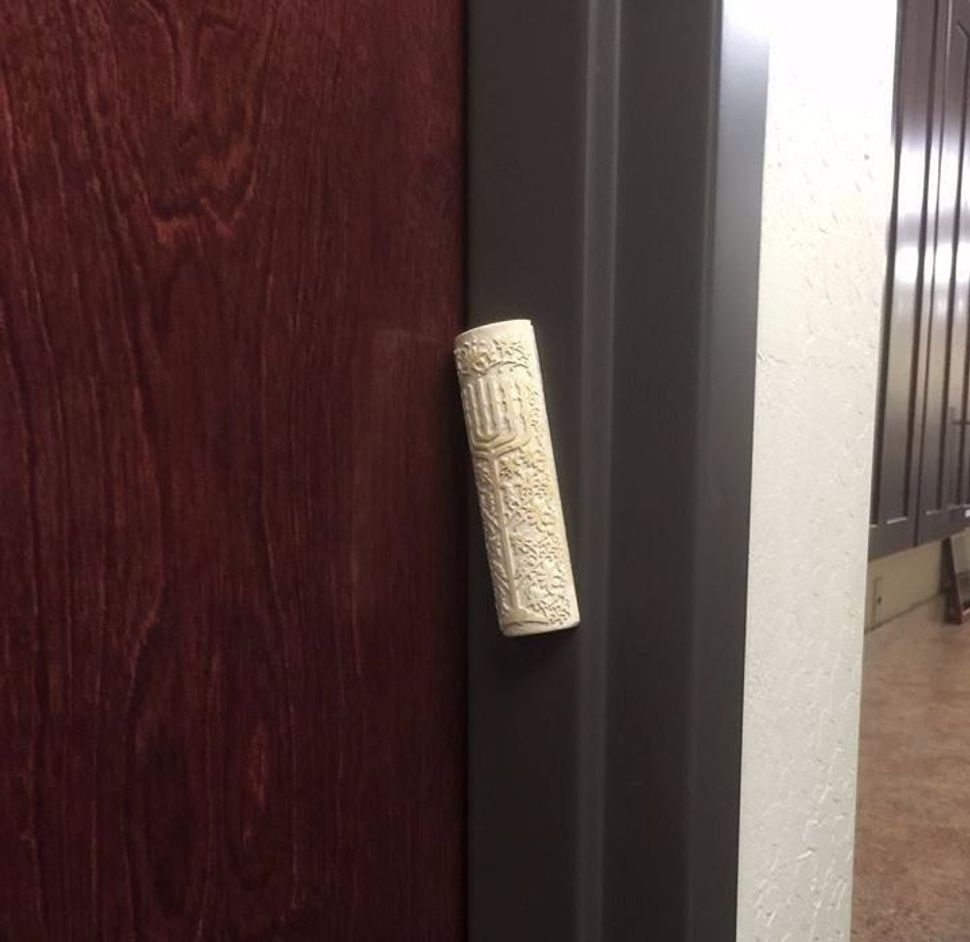 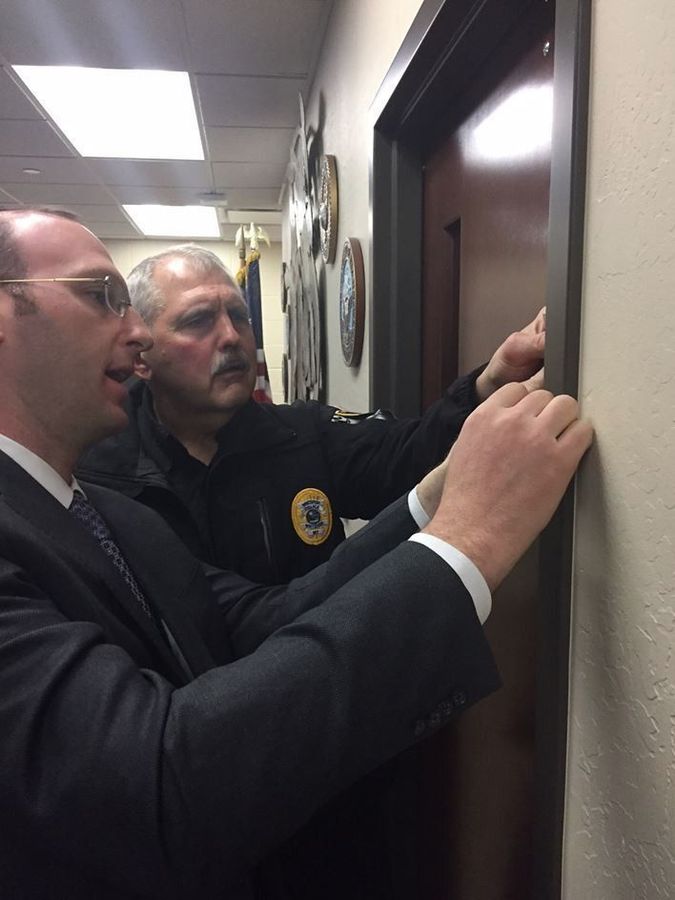 Last year, as neo-Nazis threatened to descend on Whitefish, Montana, with an armed march, the town’s police force nailed a mezuzah on a doorframe at their station — a gesture of solidarity with the town’s small Jewish population who had been on the receiving end of online harassment for weeks.

Months later, it’s still up — and the police chief says it’s going to stay that way.

“Sure is and will remain as long as I am Chief,” Police Chief William Dial wrote in an email to the Forward.

The mezuzah, a ritual scroll fixed to the entrance of buildings and rooms in Jewihs tradition, was given to the police force by a group of Orthodox rabbis who visited the town last year to show support for Jews there. Dial nailed the mezuzah to a doorpost that “every police officer passes upon entering the station,” a Facebook post read at the time.

Neo-Nazi blogger Andrew Anglin had vowed to lead an armed march in this ski-town against members of the Jewish community. Whitefish is hometown to the white nationalist Richard Spencer, who popularized the term “alt-right.” The neo-Nazi march was organized in support of Spencer and his family, who white nationalists claimed were being unfairly targeted by Jewish activists. Anglin’s march fell through after he failed to acquire a permit.

To read more about Whitefish, read this and this.