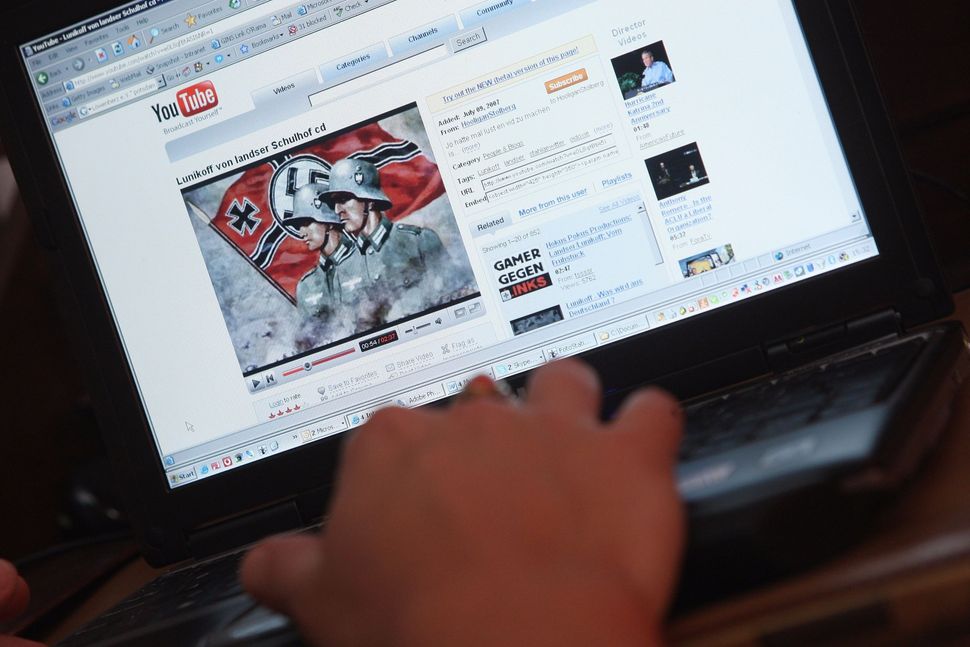 A neo-Nazi website has stepped up a campaign against the Jewish community of Whitefish, Montana, now announcing an armed march by white supremacists planned for January.

“We are continuing our barrage against the criminal Jews of Whitefish,” wrote Andrew Anglin, a neo-Nazi who runs The Daily Stormer website, in the latest of a series of articles about the situation in Whitefish. “We are planning an armed protest in Whitefish … we can easily march through the center of the town carrying high-powered rifles.” 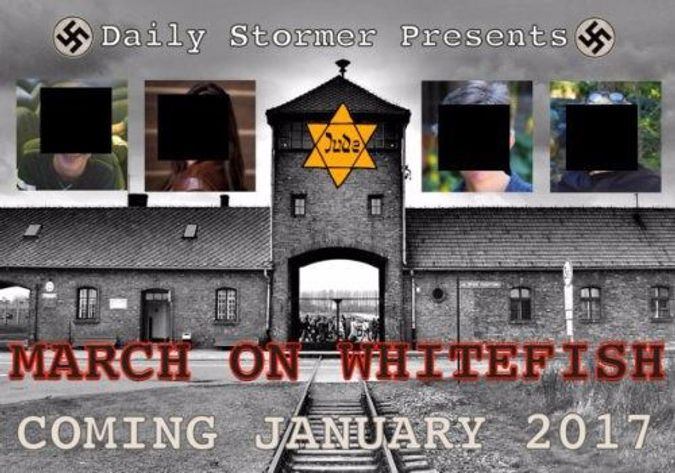 The Neo-Nazi website the Daily Stormer is now calling for an armed march against Jews in Whitefish, Montana. Image by ADL

Whitefish has become an unlikely hotspot for white supremacists who are targeting local Jews and activists who have been involved in anti-racism activism against the so-called “alt-right” and the white nationalist leader Richard Spencer. Spencer lives part-time in Whitefish, where his family lives and his mother, Sherry Spencer, owns property downtown. According to police involved, there have not yet been any reported death threats and the harassment is largely happening online.

Online Neo-Nazis are also targeting a local realtor who pressured Sherry Spencer to sell her downtown property and publicly denounce her son.

“We have to stand up to these people, and we have to force an apology,” Anglin wrote. “This will be an absolutely massive victory for our cause. We have never done this before.” Anglin added, in bold letters, “Absolutely no threats of violence, suggestions of violence acts of violence. Don’t do it. It just gives them power.”

Activist in Whitefish have been campaigning against the “alt-right” and white supremacists for the last two years, particularly as Richard Spencer’s national profile has risen. The situation escalated after Sherry Spencer made public emails between herself and the realtor, who is Jewish.

On December 16, the Daily Stormer called for a “troll storm” from neo-Nazis and other white supremacists to target Jews and opposed what the site dubbed a “Jew agenda.” Anglin posted photos of Jewish residents, superimposing a yellow Jewish star on the photos. Jewish residents have reportedly received many threats. Police have ramped up patrols and even the FBI is involved now.

A local rabbi called on supporters to put a menorah in their window to show solidarity with the Jews of Whitefish, according to the Anti-Defamation League, which is in touch with the Jewish families. In response, Anglin told his followers to put Nazi flags in their windows and to put the Nazi swastika on their cars, homes and businesses, the ADL wrote in a Friday release.

Spencer released a video to his followers saying he was upset his mother has been pulled into his politics. Spencer also said that trolling local Jews was not something he would do personally, he is close with Anglin. The two recently appeared on an “alt-right” podcast together in a sign of solidarity.

“We are helping community members in their efforts to have offensive photos removed and following up with our own law enforcement contacts,” the ADL wrote. “We have also offered to provide guidance on online security.”