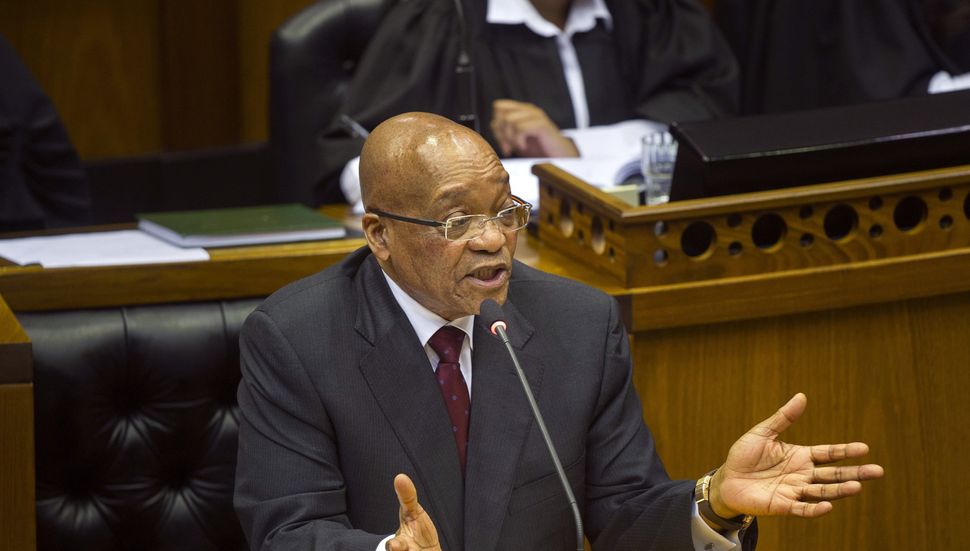 (JTA) — South Africa’s ruling party, the African National Congress, announced that it will downgrade the country’s embassy in Israel to a liaison office.

The decision made late Wednesday night during the ANC’s national conference in Johannesburg came less than a day before the U.N. General Assembly approved a resolution rejecting any recognition of Jerusalem as the capital of Israel.

“In order to give our practical expression of support to the oppressed people of Palestine; the ANC has unanimously resolved to direct the SA government to immediately and unconditionally downgrade the South African Embassy in Israel to a Liaison Office,” the resolution read.

The South African government would have to vote to implement the policy, which is not guaranteed.

“We question the motives behind this discriminatory decision that would effectively prevent South Africa from playing any mediatory role in bringing about peace or dialogue between Israel and Palestine,” the South African Jewish Board of Deputies and the South African Zionist Federation said in a statement.