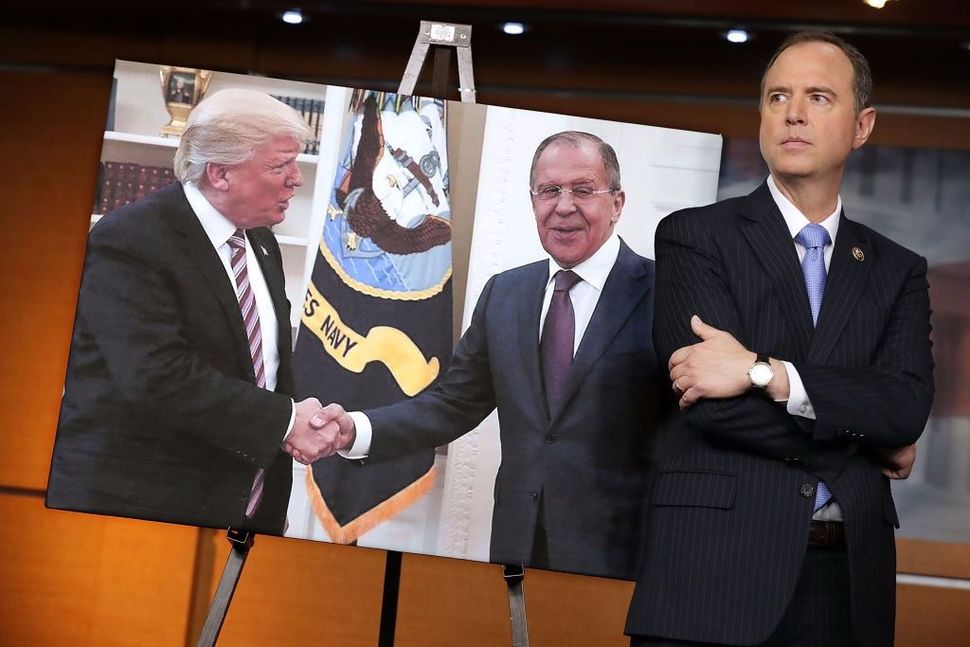 The top Democrat on the House Intelligence Committee told CNN on Sunday that he believes everyone in Congress questions President Trump’s mental fitness for the office.

Rep. Adam Schiff responded to clams in the explosive new book “Fire and Fury” by Michael Wolff that members of the White House staff believe the president is insufficiently mentally healthy.

“I don’t think anyone is particularity surprised by what has been revealed in the Wolff book, in terms of what people closest with Trump have about his capacity to do the job,” Schiff told host Jake Tapper. “I don’t think there’s anyone in Congress, frankly of either party, who does not concur at least privately with those observations and concerns. Certainly very few are willing to express it publicly in Congress — to the detriment of our institution.”

“We have a seriously flawed human being in the Oval Office,” Schiff added. “Will those flaws be allowed to permeate the whole of government? And I see, honestly, Jake, some very disturbing signs that they are.”

Schiff cited the news that the FBI may be re-investigating Hillary Rodham Clinton as an example. “It’s not because there’s some new evidence that’s come to light,” he said. “It’s because they’re badgered by the White House to do it.”

Tapper pushed back, noting that Schiff did not provide proof that new evidence against Clinton hadn’t come to light.

“Well, with all due respect, Congressman, aren’t you contributing to the lack of faith in these institutions?” Tapper continued. “All we know is that the investigation into the Clinton Foundation has started anew. There might be new evidence. There might be a legitimate reason.”

Schiff replied that one would “really have to suspend disbelief” to believe that the investigation was being done for “anything but a political purpose.”

Tapper’s interview with Schiff came shortly after the host’s combative interview with White House adviser Stephen Miller, when Tapper eventually shut down Miller by saying that the aide had “wasted enough of our viewers’ time.”

Miller reportedly refused to leave the studio after the interview had concluded and had to be escorted out by security.