U. Of Cincinnati Sued For Making Richard Spencer Pay ‘Security Fee’ For Speech 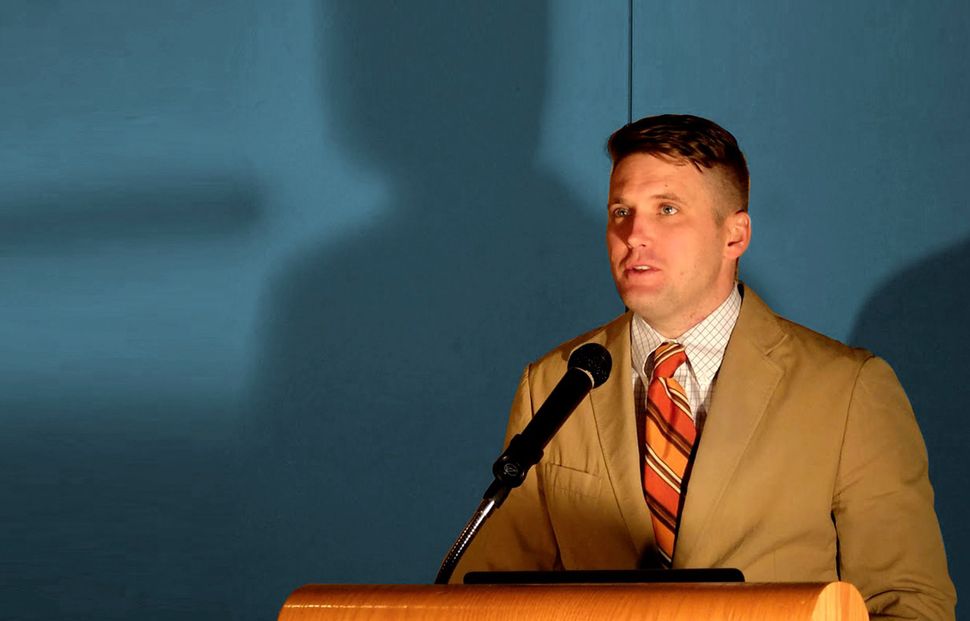 The University of Cincinnati is being sued for forcing organizers of an upcoming speech by prominent white supremacist Richard Spencer to pay an excessive “security fee.”

The suit, filed by Spencer’s tour organizer Cameron Padgett, a Georgia State University student, argues that charging the fee violates his right to freedom of speech. Padgett is being asked to pay a $500 facility rental fee and $10,833 for security costs.

“By charging event organizers fees based upon the reaction of the violent liberal mob, de facto censorship can and will result due to security costs being imposed which are often cost-prohibitive for such politically right-of-center events to occur,” Padgett’s lawyer, Kyle Bristow, said in a statement.

The university responded in its own statement, arguing that because Spencer was not sponsored by a university member, he had to pay rental and security fees, just as any other non-sponsored speaker would.

“The fee assessed is a mere fraction of the costs we anticipate incurring as a result of this event, but we hold firm in our efforts to respect the principles of free speech while maintaining safety on campus,” the statement said.

Spencer was one of the leaders of last year’s white supremacist rally in Charlottesville, Virginia, where a counter-protester was killed. The University of Florida reportedly spent $600,000 on security when Spencer came to speak there in October. Three men were arrested and charged with attempted homicide after allegedly shooting at counter-protesters.

Padgett has sued or threatened to sue numerous public universities in order to compel them to host talks by Spencer. Cincinnati avoided a lawsuit by agreeing to let Spencer speak — during the middle of spring break.

U. Of Cincinnati Sued For Making Richard Spencer Pay ‘Security Fee’ For Speech