In Sitcom Reboot, Roseanne Barr’s Family Will Be Pro-Trump 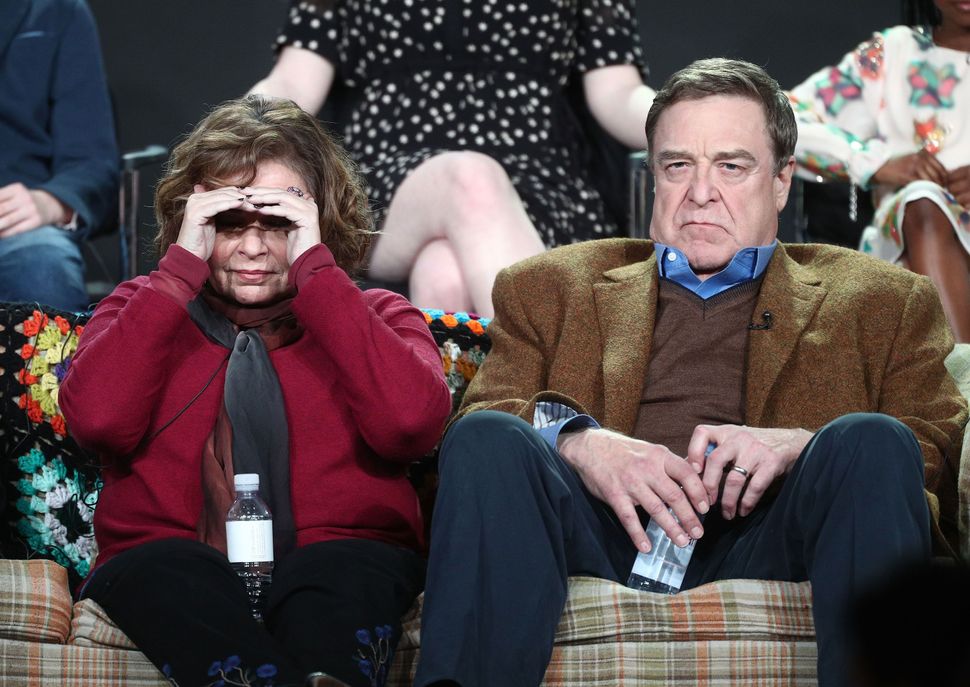 Roseanne Barr — comedian, onetime political hopeful, and overall outsize character — is rebooting her hit 1990s sitcom this spring, and said that the family at the center of the show will be supporters of Donald Trump.

“In The Roseanne Show, I’ve always tried to have it be a true reflection of the society we live in. I feel like half the people voted for Trump and half didn’t, so it’s just realistic,” she said at a recent press event, according to the Hollywood Reporter.

“And, in fact, it was working-class people who elected Trump,” she went on, “so I felt like that was very real and something that needed to be discussed and especially about polarization in the family and people actually hating other people for the way they voted, which I feel is not American.”

Watch us present tonight on @goldenglobes on @nbc – in past years Roseanne show has had 14 Globe nominations and 3 Wins #roseanne #johngoodman #bestshow #GoldenGlobes2018 https://t.co/nAU2vEofP7 pic.twitter.com/bD3NjBcfPg

Barr herself has been an outspoken Trump fan. During the presidential campaign, her Twitter feed was peppered with pro-Trump memes. Barr, who has mystic bent in general — she calls herself a “Hebrew priestess” — once suggested that Trump’s election was foretold in the Bible.

I am extremely proud and excited for the world to see ROSEANNE on ABC! I’m fully committed to its artistic success & I loved working with all of the amazing people that made Season 10 ONE OF THE BEST EVER!! I honestly hope 2018 is a year where people come together. Thank you!

To read more about Roseanne, go here and here.

In Sitcom Reboot, Roseanne Barr’s Family Will Be Pro-Trump