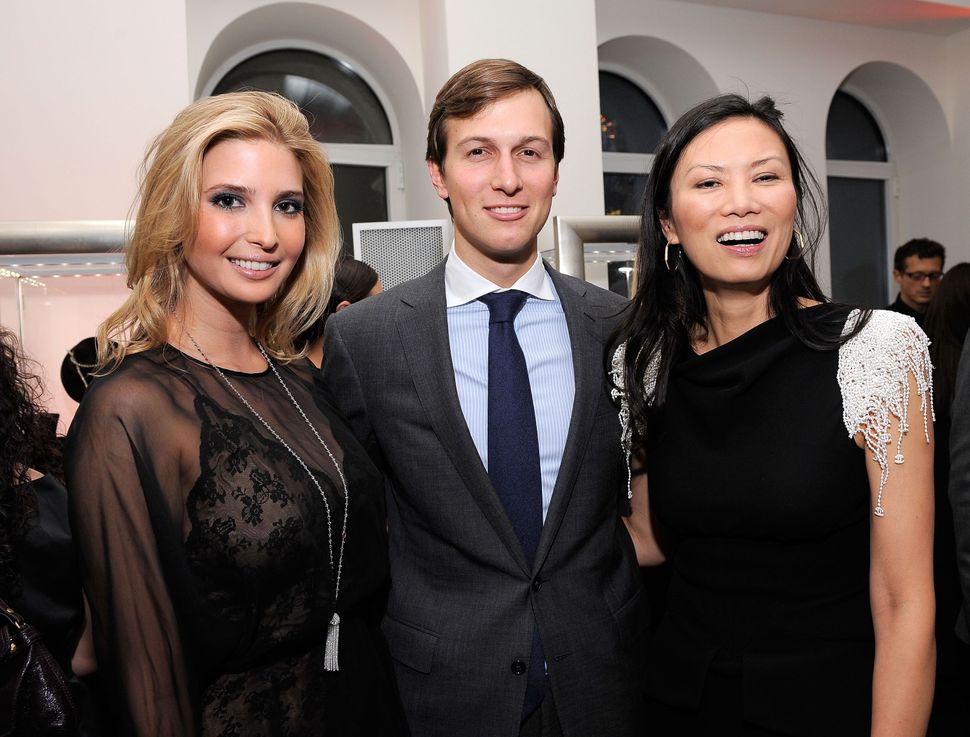 Shortly after assuming his job as senior adviser to the president, Jared Kushner received an unusual warning from intelligence officials. His close friend, Wendi Deng Murdoch, Kushner was told, may be serving Chinese interests.

The Wall Street Journal, which broke the story, reported that Deng Murdoch, a successful Chinese businesswoman and ex-wife of media mogul Rupert Murdoch, was friendly with Kushner and his wife, Ivanka Trump. Other publications have reported that she helped the couple reunite after a split in 2008. In the past, British press published reports that Deng Murdoch also had a romantic affair with former prime minister Tony Blair.

The U.S. intelligence officials, according to the Journal, told Kushner that Deng Murdoch may be trying to use their friendship to promote Chinese business interests and also noted she had ties to the Chinese government and may be trying to advance a large-scale Chinese funded building project in Washington which the U.S. viewed as an intelligence risk.