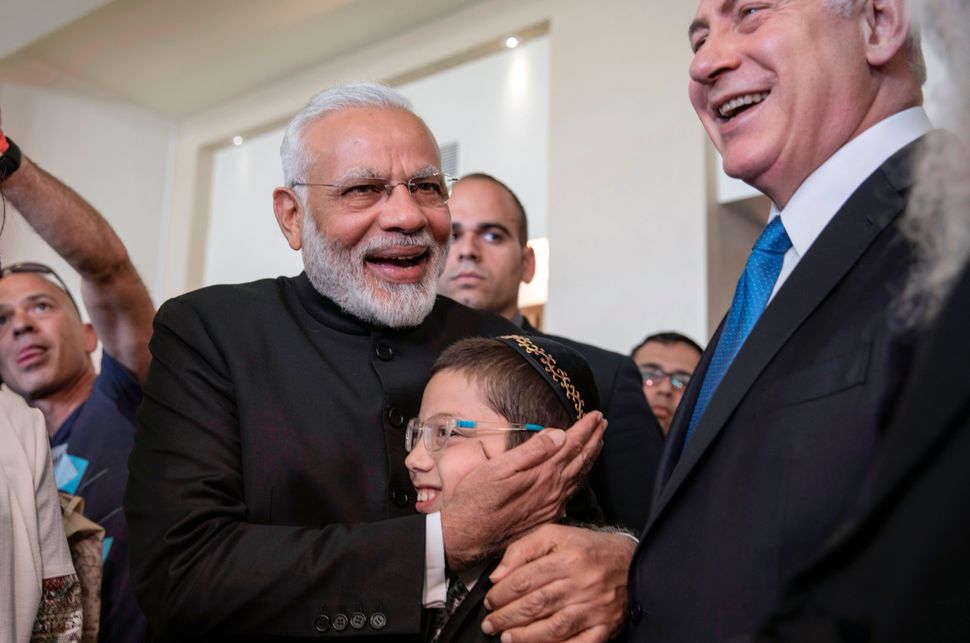 Moshe Holtzberg was an infant when Pakistani terrorists shot his parents and four other Jews in a Mumbai Jewish community center. Now, at nine years old, he’s returned to Mumbai to dedicate the space as a “living memorial” to his parents, the Times of Israel reported.

Surrounded by parents and dignitaries — and the nanny who famously saved his life — Holtzberg lit a candle and toured his one-time home, still sporting pock-marks from the terrorists’ bullets.

Holtzberg was accompanied by Indian media, who call him “baby Moshe.” He is a minor celebrity in Israel, and Israeli Prime Minister Benjamin Netanyahu has traveled with him to Mumbai. Holtzberg invited Netanyahu to join him in Mumbai for his bar mitzvah in two years.

Netanyahu attended the event on his last day of a five-day tour of India. In statements to the media he praised the actions of the nanny, Sandra Samuels.

“These terrible killers who unfortunately exacted from us a terrible sacrifice, did not exact from us the price of this child, because of the love of the Jewish people of the amazing woman Sandra,” he said.