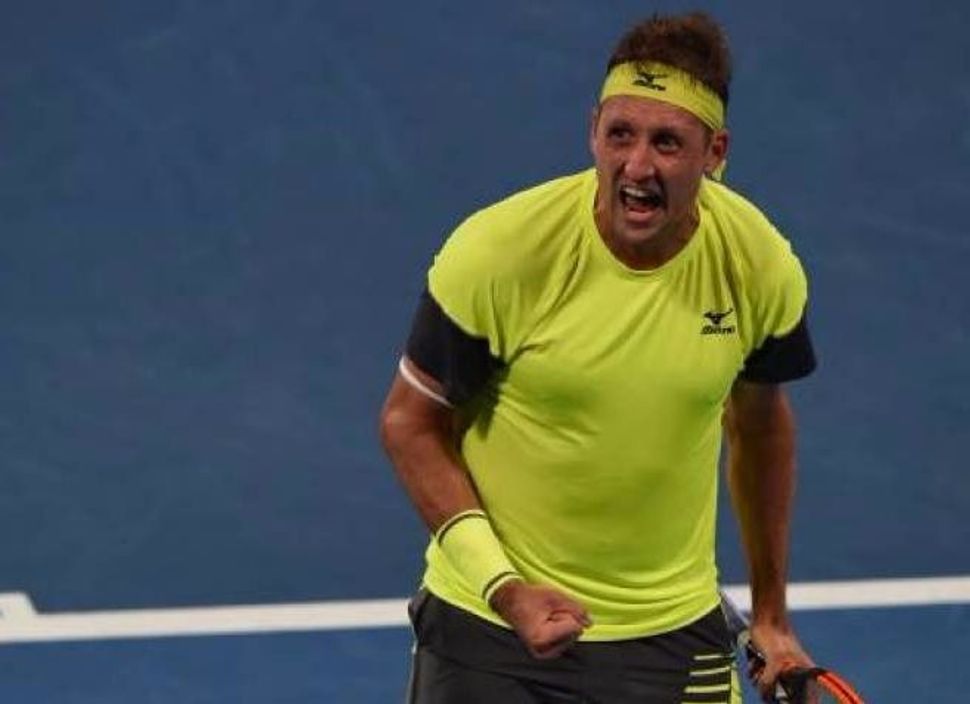 Tennys Sandgren at the Australian Open. Image by tennisworldusa.org

Tennys Sandgren is a hard-hitting, big-serving Tennessean who toiled in anonymity for years in the international tennis tour’s lowest-tier tournaments. Now, he is making a breakthrough at the Australian Open — and everyone is asking about his Twitter.

That’s because he has consistently retweeted and espoused the views of major figures associated with the “alt-right” and white nationalism. His feed shows responses to a contributor to InfoWars, the prominent conspiracy theory outlet run by Alex Jones, as well as Mike Cernovich. He has also appeared to endorse the PizzaGate conspiracy theory, which resulted in a man shooting an assault rifle inside a Washington, D.C., pizza joint.

“It’s sickening and the collective evidence is too much to ignore,” wrote about PizzaGate, the New York Times reported. Sandgren appears to have deleted all of his tweets from June 2016.

After a match Monday evening, Sandgren responded to a question about the views espoused on his Twitter feed.

Sandgren was asked if he supported any views held by the “alt-right.” “I find some of the content interesting, but no I don’t,” he said. “As a firm Christian I don’t support things like that.”

Tennys Sandgren was asked about following on social media ‘some political figures who can be considered outside the mainstream’. ‘’As a firm Christian I don’t support things like that’ pic.twitter.com/pzKGoTyMLn


On Twitter, journalists have reposted Sandgren’s tweets that showcase his seeming conspiratorial bent.

Dude is running Kyrgios off the court. He also tweets a lot pic.twitter.com/ObCR8BbQOE


In a second interview Monday night, Sandgren decried “outrage culture,” saying, “free speech doesn’t seem to be as free as it used to be.”

On Tuesday morning, Sandgren deleted several years of tweets in order to “move forward” and create a “version of a cleaner start” after attracting negative attention.

Sandgren has had the best run of his career at this year’s Australian Open, beating two players ranked inside the Top 10 on his way to the quarterfinals. This is the first time he has made it past the first round of one of tennis’ four major tournaments.

Sandgren’s unusual first name is reportedly coincidental, and comes from his grandfather. It has nothing to do with either tennis or Tennessee.