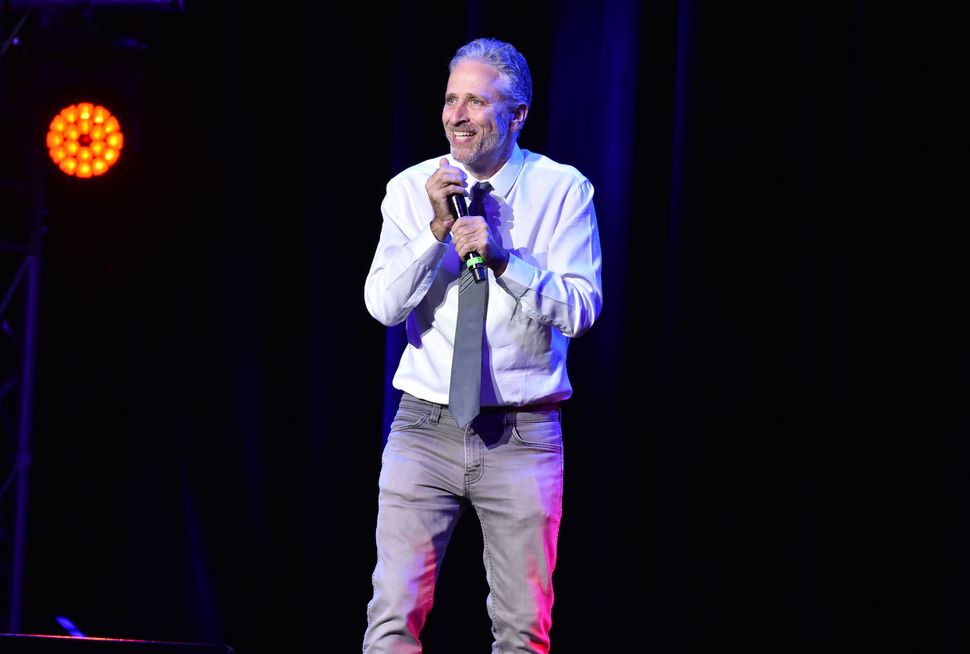 According to a statement made by The Metropolitan Police Department, Maddison was there because of “Pizza Gate,” an internet rumor that claimed the restaurant is entangled in a child sex operation. The fake news story began right before Election Day, and accused Hillary Clinton of being at the forefront of the operation.

Maddison was arrested by the police, and charged with assault with a dangerous weapon.

“Rumor becomes fact becomes canon really quickly in this system at a speed that you can’t imagine,” Stewart said at a New York Times talk last week. “What happens is someone creates a conspiracy theory on the web and then news organizations cite a website that is in no way credible for that piece of information and they put it on their news site and later on, five days later, when somebody is doing a story about that and they do a search, that comes up but what doesn’t come up is the annotation of where that came from and where the source was so that piece of information has been laundered.”

The former host of “The Daily Show” went onto explain that news sites need to carefully check where they are aggregating their information from. This cycle of fake news, the comedian said, could have partially helped push President-elect Trump to victory.

“News organizations that lost their credibility and authority because they were not careful enough about introducing toxic and poisoned information and laundering it into a system devalued the authority of real supposed news sources, to the point where people are frustrated enough to elect a man who stands for what he stands for,” the comedian explained.

Stewart also had some key election coverage advice for news sites. Stop with the endless political campaign coverage, he said, and focus more on “governance.”

“If a campaign is too long, the fault lines between different tribes in our societies solidify,” he explained. “And those lines harden to the point where you can’t get past that. This country needs time to decompress and have make-up sex.”