WATCH: Jon Stewart and Samantha Bee Have a Post-Election Message For You 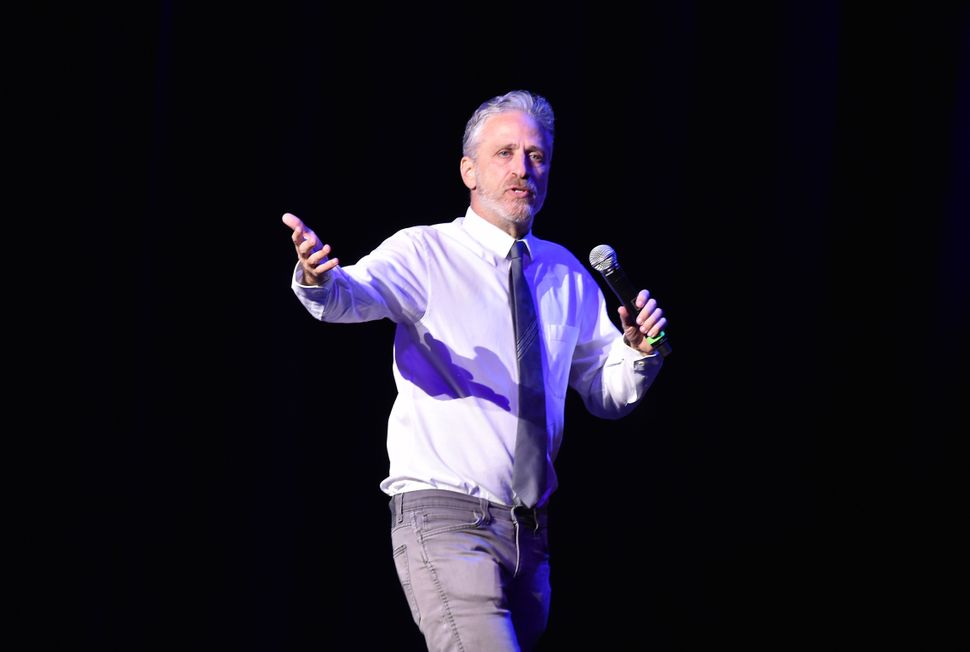 Samantha Bee, the host of “Full Frontal with Samantha Bee,” was in a sad mood when she shot her Monday night show.

The blame should probably just fall on the Jews, she joked, as an image popped up of Jon Stewart alongside a headline from TV Line that read: “If Jon Stewart Had Not Stepped Down From The Daily Show, Hillary Clinton Would Most Likely Be President.”

But with Thanksgiving coming up, Bee wants everybody to take a moment and relax.

“I want to wish everyone peace and comfort, whether your holiday involves drinking enough to cope with your dad’s joy, hastily marrying whichever of your friends seems most likely to get deported, or just binge watching 93 hours of West Wing,” she said.

And then, as the titles rolled, we caught site of a scruffy Jon Stewart, sitting on the steps to the studio, coloring in a picture of a turkey.

“I’ve really turned into quite an odd person, with the little horses and the coloring,” he said.

After this election, haven’t we all?

WATCH: Jon Stewart and Samantha Bee Have a Post-Election Message For You