Most Christians Are Praying For Trump — Other Religions, Not So Much 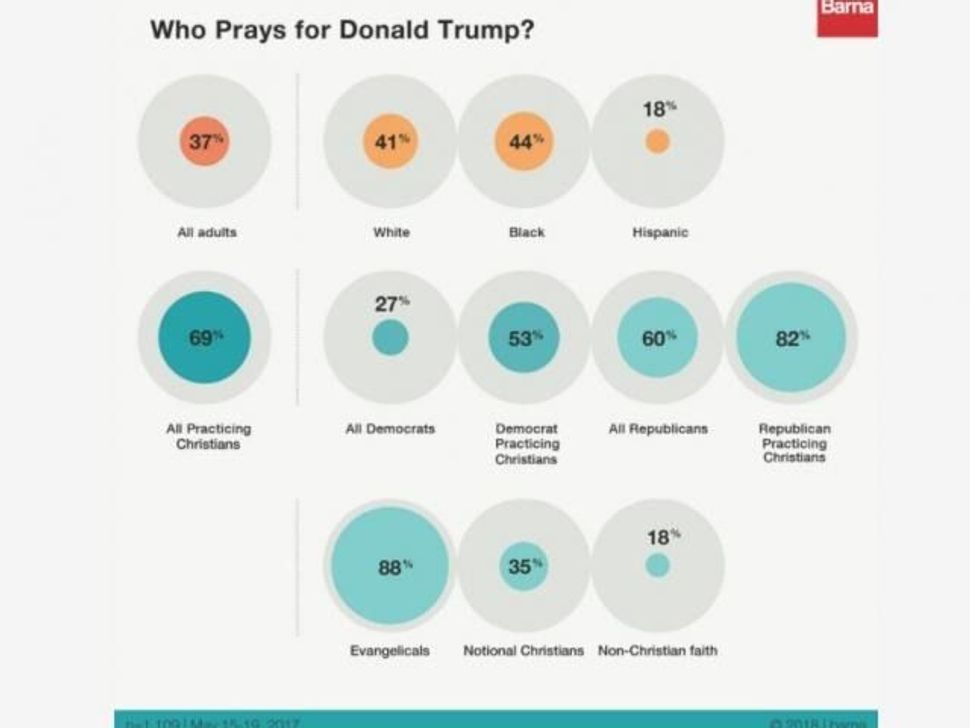 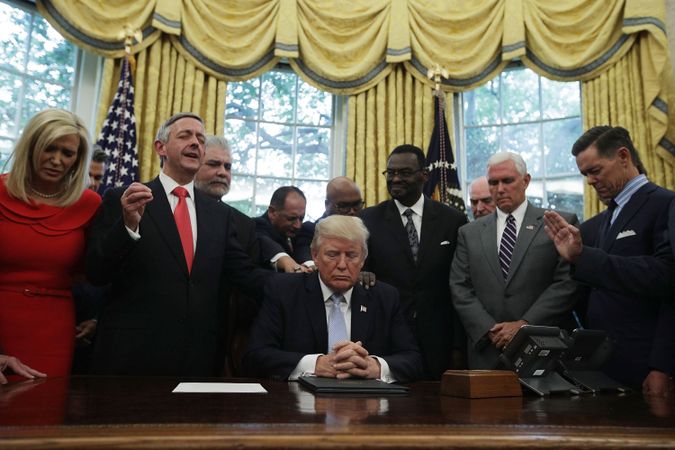 President Trump may have low approval ratings, but most Christians are praying for him.

According to new research from the Barna group, 69 percent of what they call “practicing” Christians pray for Trump, with evangelicals being the highest, at 88 percent.

Among those in non-Christian religions, only 18 percent do. The study does not show what percentage of Jews are praying for Trump. 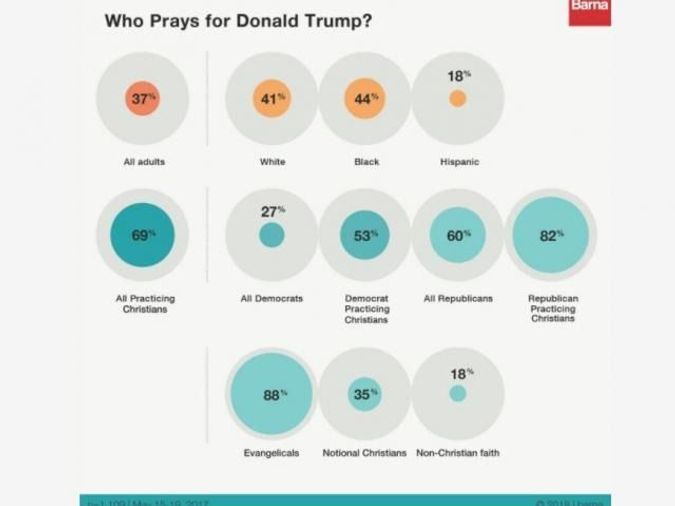 Trump has appealed to many evangelical leaders like his high profile spiritual advisor Paula White, who spearheaded a religious advisory board for the president. A “laying hands” ceremony in the Oval Office last year generated a flurry of media attention.

Most Christians Are Praying For Trump — Other Religions, Not So Much