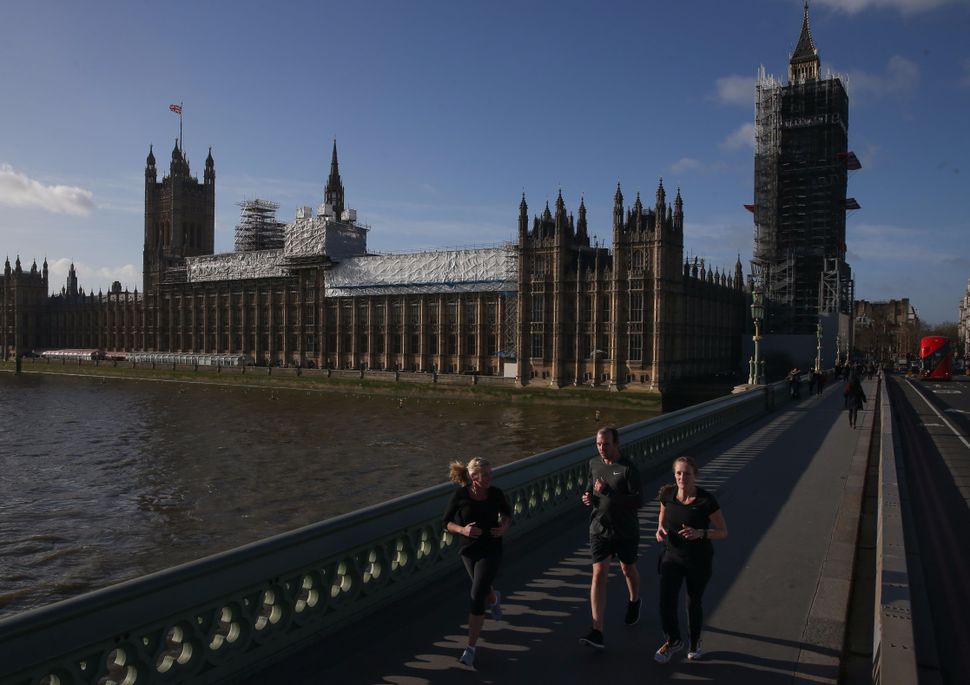 British politicians have been made aware of a “longstanding” de facto “ban” on kosher and halal meat being served in cafeterias and cafes in the British Parliament, the Jewish Chronicle reported.

The ban was made by Parliament’s catering staff in consultation with animal rights activists. It was uncovered after Jay Stoll, a legislative assistant, asked about finding kosher meat at one of the complex’s nine eateries. The catering company told him that they would not offer meat from animals that had not been “stunned” before slaughter.

“The management team had concluded that providing non-stunned meat would ‘unfairly prejudice those who support ethical slaughter,’” said Stoll, an assistant to a Tulip Siddiq, a Muslim-raised Member of Parliament.

British law requires that all animals be “stunned” before slaughter — with the exception of kosher and halal meat.

“Following careful consideration, the provision of Kosher products when weighed against demand, is not viable in terms of costs, logistics and supplier management. Event organisers have the option to purchase pre-prepared Kosher food at events,” the House of Parliament said in a statement.

“No one is suggesting that Parliament should have a kosher kitchen, but if the caterers have imposed their own ban on non-stunned meat then this is a slur against kosher meat,” said Jonathan Arkush, a barrister and president of the UK’s main Jewish representative body.