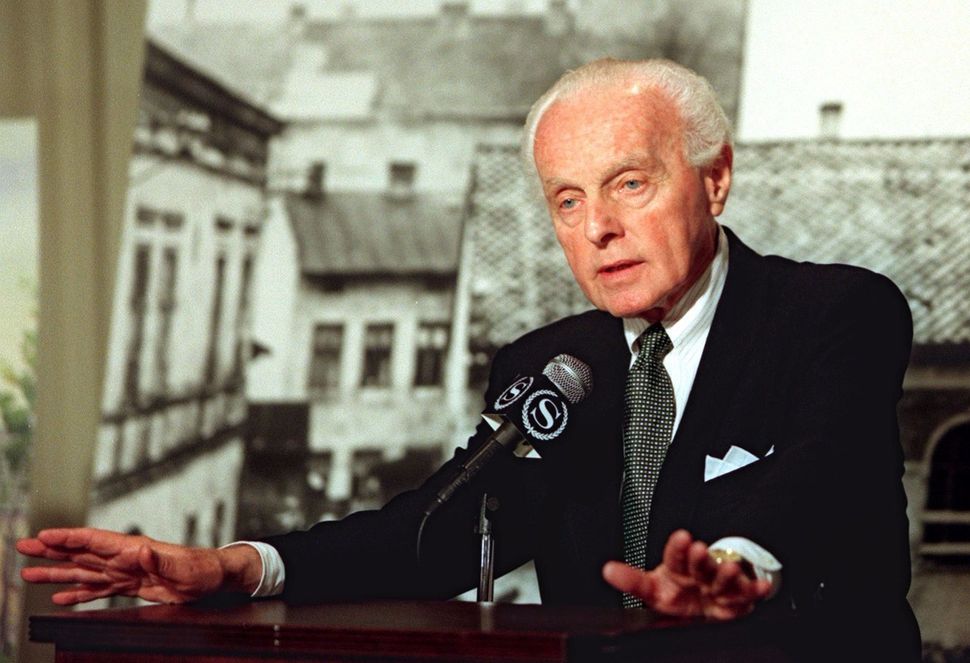 A statue unveiled in Budapest this week honors Rep. Tom Lantos, a Hungarian-born Jew who was imprisoned in a forced labor camp during the Second World War.

“Tom Lantos called on all of us — not just those in government service, but all citizens, all human beings — to show courage in the face of fear, to smooth difficulties and correct mistakes,” said David Kostelancik, a U.S. Embassy representative in Budapest, according to an Associated Press report.

Lantos is the only Holocaust survivor to serve in the U.S. Congress. The statue’s unveiling comes amid fears of rising anti-Semitism in Hungary. Last summer, Prime Minister Viktor Orban ran an advertising campaign targeting another Hungarian-American Jewish Holocaust survivor, George Soros, that many decried as anti-Semitic.

The campaign, which was meant to oppose migration and foreign influence in Hungarian affairs, included Soros’s face and the text: “Don’t let George Soros have the last laugh.”

“I am distressed by the current Hungarian regime’s use of antisemitic imagery as part of its deliberate disinformation campaign,” Soros said at the time.