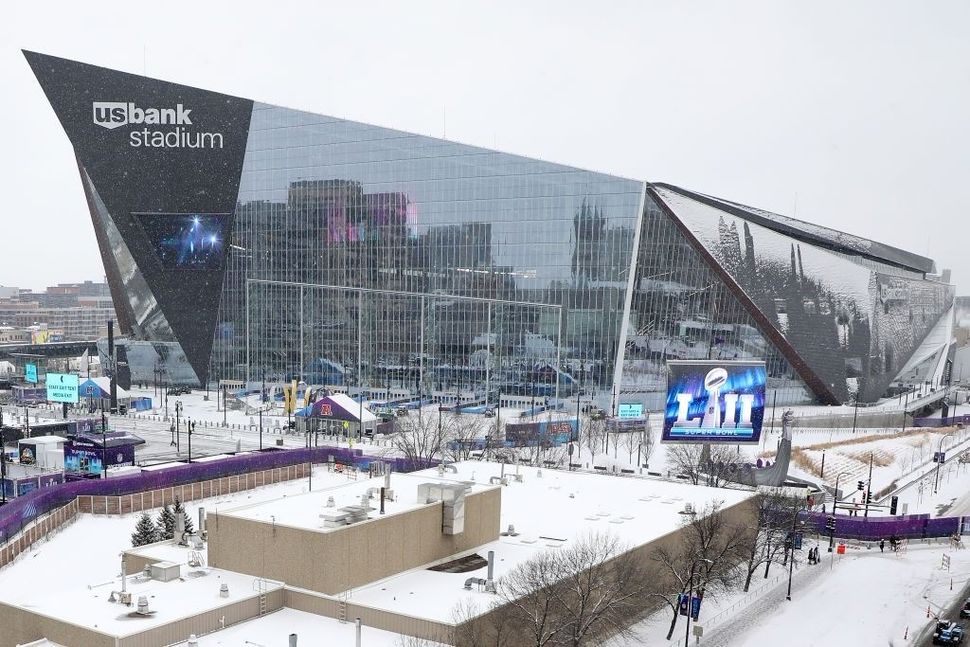 Many Jews will go to extreme lengths to find kosher food, and Super Bowl Sunday is no exception — even when that means braving a tailgate in expected subzero temperatures.

U.S. Bank Stadium in Minneapolis, which is hosting Super Bowl LII, does not have a kosher concession stand. So a group of rabbis affiliated with the Chabad-Lubavitch movement have rented an RV and are hosting a party for all kashrut-observant football fans — and anyone else who wants to attend a Super Bowl party with slightly more Yiddish than typical.

“For the past few months we have been getting inquiries from all over about kosher activities and resources at the Super Bowl,” the director of Chabad at the University of Minnesota, Rabbi Yitzi Steiner, told the local website TC Jewfolk. “We decided, what better way to help those coming than to host a kosher tailgate party right in the heart of downtown.”

The RV, which can be found by following @koshertailgate on Facebook, Twitter and Instagram, will be positioned outside Minneapolis’s “skyway” system of above-ground tunnels. The tailgate will include deli sandwiches, hot dogs, drinks and — of course — a stand for people to wrap tefillin.

Rabbi David Greene, the director of Chabad-Lubavitch of Southern MN – Rochester, told the Rochester Post-Bulletin that watching a Super Bowl in which his hometown Vikings missed out on would be a “bittersweet experience.”

“However, joining in the effort to provide for Jewish needs for visitors is the greatest triumph as a Minnesotan,” he added.