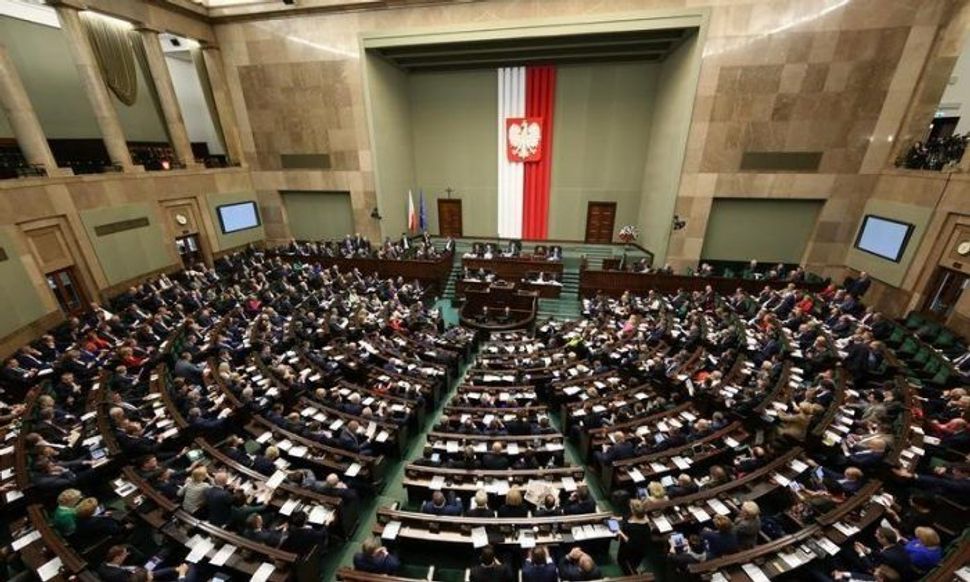 (JTA) — The Polish parliament is preparing to vote on a bill that proposes to limit the export of kosher meat, a European Jewish lobby group said.

The 48-page bill on animal welfare is neither focused on the ritual slaughter of animals — which was in 2013 was banned in Poland but legalized again due to a high court ruling in 2014 – nor does it propose to ban the custom anew, according to the Jewish Association of Europe. But it does to propose “restrictions on exporting kosher meat from Poland, which would affect a very large part of the Jewish communities in Europe,” the EJA said in a statement Monday.

Polish kosher and halal abattoirs are a major source of meat for retailers across the European Union and beyond.

Violation of the restrictions, which the EJA did not specify, may lead to four years in jail. The Sejm, the lower house of the Polish parliament, is scheduled to vote on the bill this week, according to EJA.

The bill would also prohibit slaughtering animals when they are “in an unnatural state,” a stipulation which is though to mean when they are standing up. This “makes it very difficult to perform kosher slaughter due to some kashrut laws that forbid to apply any pressure on the knife to protect the animal from unnecessary pain,” EJA Chairman Rabbi Menachem Margolin said. Preventing this pressure “is not possible when the animal is standing, and its head is leaning heavily on the knife,” he added.