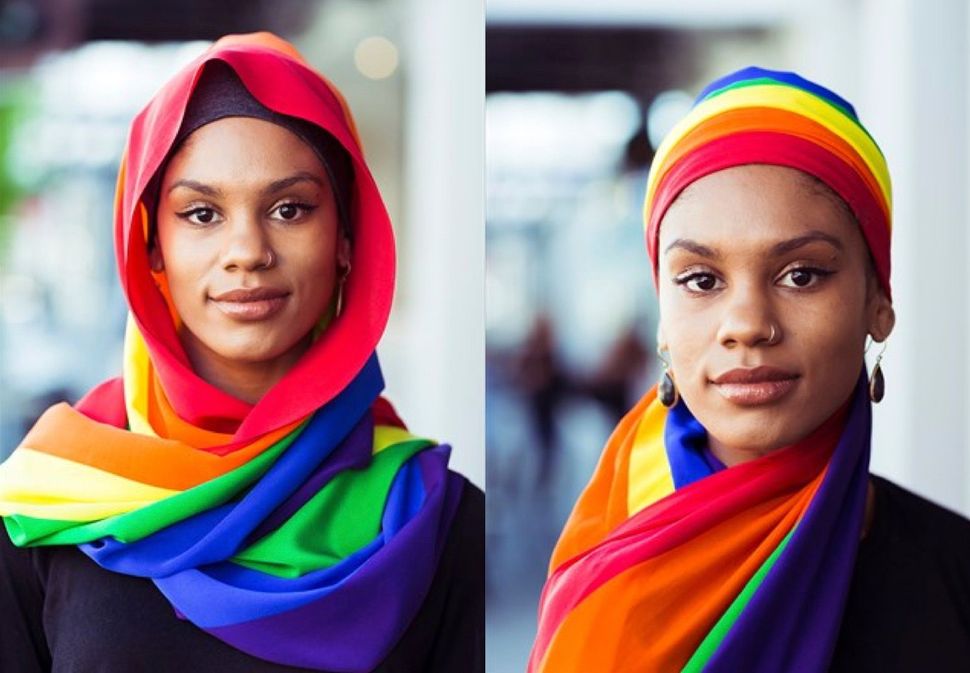 The Pride flag-esque hijab was created last year to support Australia’s legalization of same-sex marriage — legislation which Australia’s parliament overwhelmingly voted in favor of. The collection sold out in less than a week.

This year’s Mardi Gras celebration is in its 40th year. The company’s founder, Azahn Munas, told the Gay Times, “Our campaign aims to highlight the diversity of crowds who attend the Sydney Mardi Gras each year, which includes members of the LGBTQ community and their many supporters and allies…We also wanted to celebrate the diverse nature of our fans, who range from trendy Muslim ‘hijabsters’ to festival goers to drag queens, who all love our bold and colourful designs.”

According to their site, MOGA is a brand that, “prides itself on creating innovative fashion that is unique, bold, and daring, celebrating its wearer’s individuality and personal style.”

Time will tell if a Jewish mitpachat, or headscarf, brand will follow suit, creating their own LGBTQ-supporting rainbow hued headscarf.

The scarves are available to purchase from MOGA’s Asos boutique for 45 Pounds (64 US dollars).