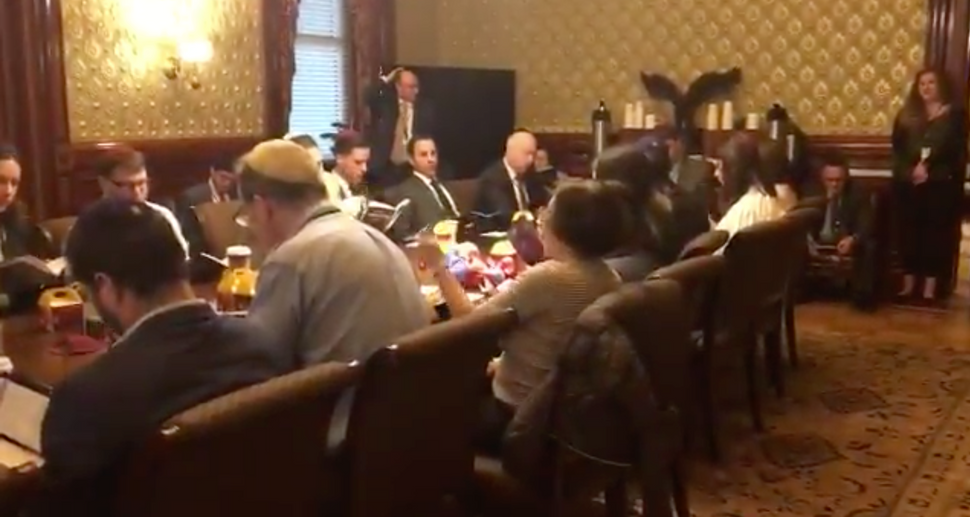 Purim Megilla reading at the White House Image by Screenshot/Twitter

Jewish White House staffers made time Wednesday evening to gather in the building to celebrate the holiday of Purim by reading the Megillah, the Book of Esther.

The reading, led by Middle East envoy Jason Greenblatt, included the traditional noise-making groggers that participants sounded off every time the reader said the name of the evil royal adviser Haman.

Greenblatt shared video of the reading on Twitter, adding that he was “Blessed to be able to celebrate the holiday of Purim in the White House. Proud to serve the incredible United States of America.”

It does not appear that anyone was wearing costumes.