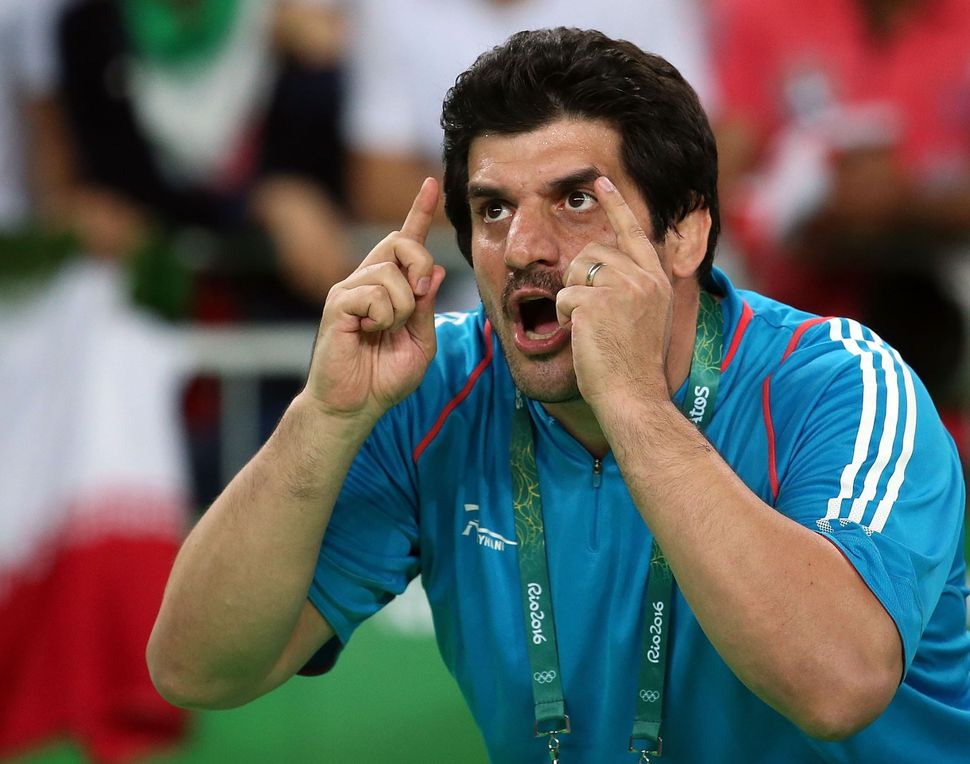 Rasoul Khadem during the 2016 Olympics. Image by Getty

(JTA) — The head of Iran’s Wrestling Federation resigned over the country’s policy of forcing its athletes to forfeit matches against Israeli opponents.

Rasoul Khadem, a former Olympic gold and bronze medalist and two-time world champion, reportedly announced his resignation last week, though reports say that it was rejected by the Ministry of Sport and Youth. Khadem also reportedly indicated in a statement posted on the Iranian Wrestling Federation’s official website that he was forced from his position due to his opposition to the Islamic Republic’s policy over Israeli opponents.

Iran does not recognize the State of Israel and forbids its athletes from competing against Israelis at international sports events.

Khadem also called on the country’s diplomats to take responsibility for and to support Iranian athletes who refuse to compete against Israelis, the semi-official ISNA news agency reported Saturday, several days after the resignation. He said Iranian officials should be willing to back the country’s political positions in sports.

“If we must continue with the policy of non-competition against the Zionist regime’s athletes,” Khadem said, “the responsibility cannot fall on the shoulders of the coach and the athlete. Forcing an athlete to accept defeat or run around all night looking for a doctor’s note is not right.”

Other wrestling officials reportedly were planning to step down in the wake of the resignation.