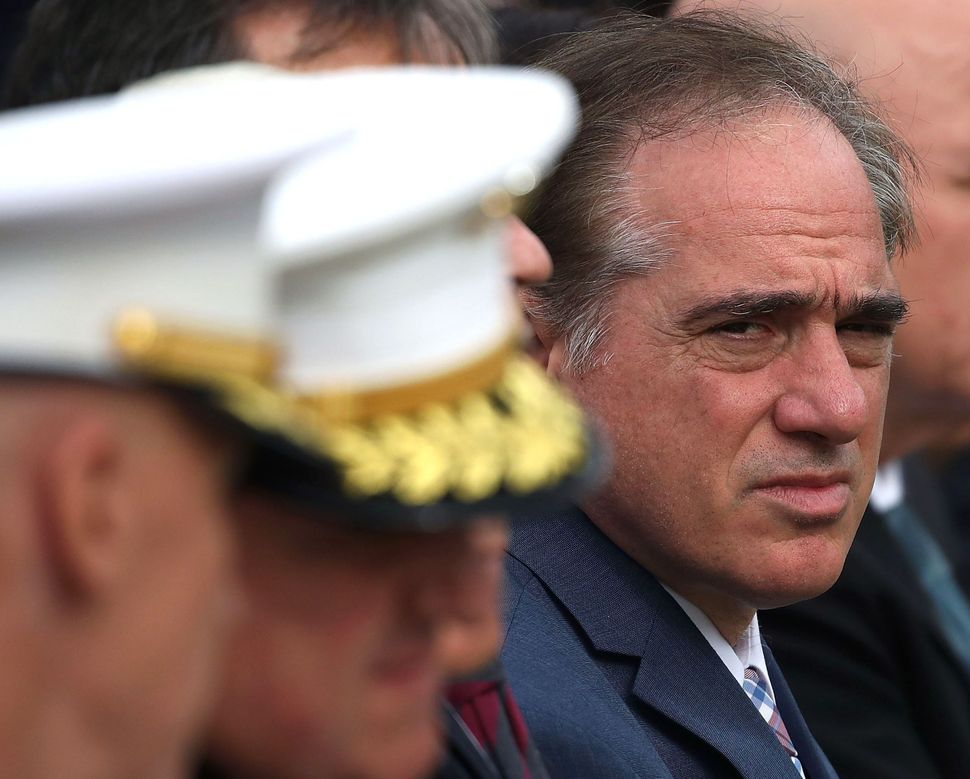 David Shulkin, the Veterans Affairs Secretary, only meets with a few select staff members he trusts. His faith in his senior staff has eroded so much, there is now an armed guard outside his executive office, the Washington Post reported.

Shulkin has by many accounts notched several wins at the VA during the first year of Trump’s administration. He is the only cabinet member from Obama’s administration to keep his job under Trump.

The main conflict between Shulkin and a number of senior staff concerns private healthcare for veterans. Shulkin and his allies are hoping to give veterans a wider variety of services by letting them choose private healthcare. Opponents within the VA think this will lead to the downsizing of the massive federal agency — second only in budget to the Department of Defense.

Shulkin’s private healthcare bid has Trump’s support. But Shulkin’s attempts to create a bipartisan compromise on the issue have reportedly disappointed Trump. Trump’s own supporters have accused Shulkin of being unwilling to “drain the swamp” of the VA’s bureaucratic ranks.

The legislation that would cement the compromise is currently gridlocked in Congress.