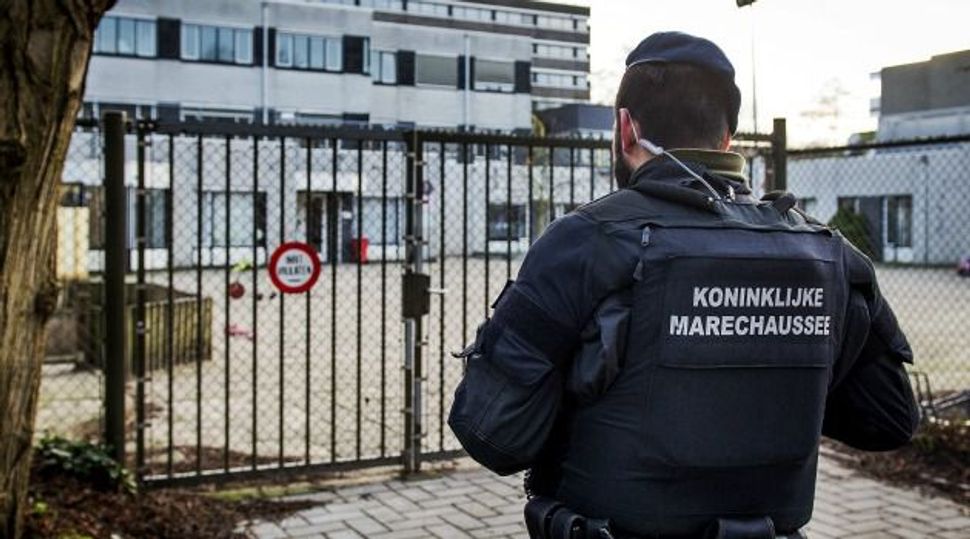 AMSTERDAM (JTA) — The number of incidents involving anti-Semitic vandalism recorded in the Netherlands last year increased by 40 percent, to a 10-year high of 28 cases.

The increase in vandalism was part of a small overall rise in anti-Semitic incidents in 2017 over 2016, the Center for Information and Documentation on Israel, or CIDI, wrote in its annual incidents report, which the group published Saturday. CIDI recorded 113 incidents in 2017 compared to 109 in 2016.

The data was published amid unprecedented developments in public debate on anti-Semitism in the Netherlands. This month, almost all of the political parties contending in the municipal elections in Amsterdam signed a document vowing tougher action against anti-Semitism.

The move followed a Palestinian man’s smashing of windows in December of a kosher restaurant in Amsterdam. Holding a Palestinian flag, he then broke in and stole an Israeli one before being arrested.

In its recommendations, CIDI urged the judiciary to impose heavier sentences on offenders to increase deterrence. It also recommended the Dutch government and judiciary adopt the European Parliament’s definition of anti-Semitism. It features examples of demonization of Israel. In recent years, it was adopted by the United Kingdom and Romania, among other countries.