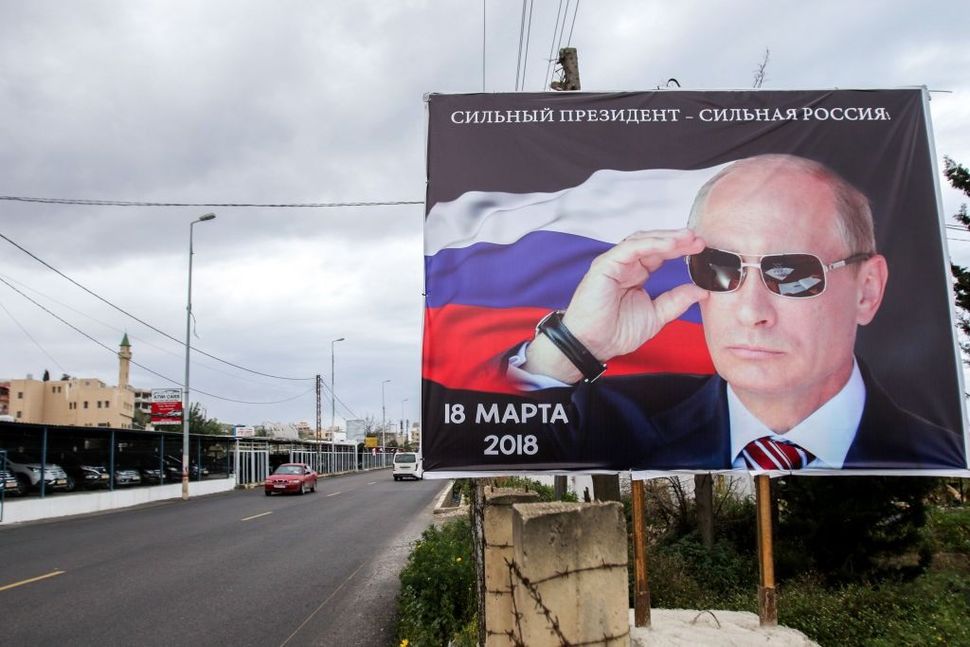 (JTA) — When Boruch Gorin, a well-known rabbi in Moscow, traveled for the first time from Russia to the United States, a U.S. Customs officer asked him whether he was Russian.

The semantics behind the exchange, Gorin said, are the reason that local Jewish groups remained largely indifferent to a remark about Jews aired Sunday by Russian President Vladimir Putin that to foreign ears sounded anti-Semitic.

In the interview with NBC News, Putin said that Russians who allegedly interfered with the 2016 U.S. presidential election perhaps are “not even Russians,” adding “Maybe they’re Ukrainians, Tatars, Jews, just with Russian citizenship.”

Gorin suggested the NBC interpreter errred in using the term “Russki” when posing NBC’s question to Putin about Russians who special counsel Robert Mueller has accused of manipulating the election.

In Russian, Russki does not mean a citizen of Russia (the word for that is “Rossianin”) but a person of Russian ethnicity. And since Jewishness is widely recognized in Russia as an ethnicity as opposed to just a religion, Russian Jews are not really considered as ethnic Russians, though they are certainly accepted as Russian citizens.