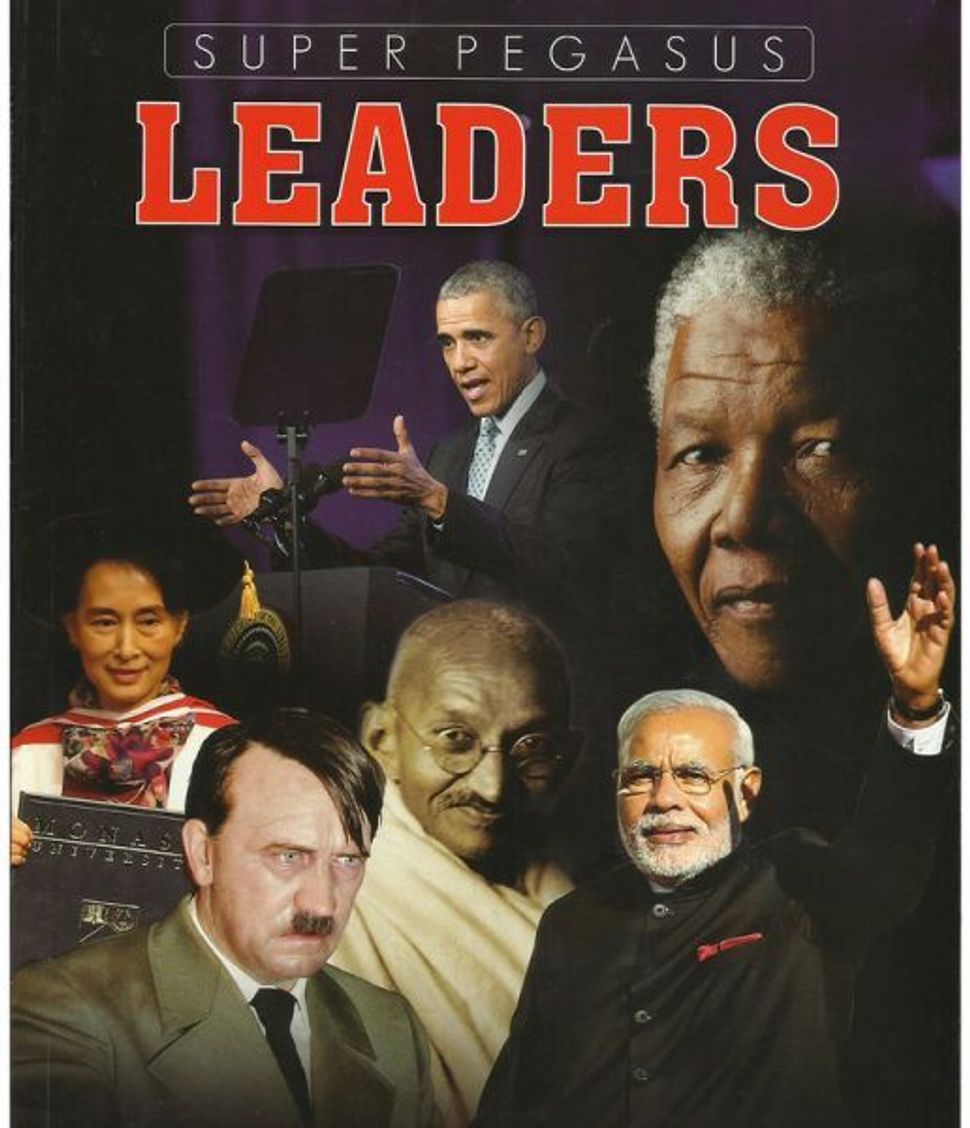 Those are some of the faces of “skillful visionaries” on a children’s book called “Leaders” published by Pegasus Books, an imprint of B. Jain’s publishing house in India. 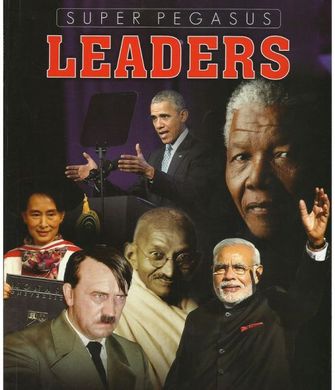 The sales pitch runs: “In the time that feels devoid of great leadership, we have found men and women who will inspire you. Some of them are famous, others little known, but all of them energize their followers and try to make the world better. The book talks about 11 leaders who have devoted their lives for the betterment of their country and people and emerged with a great leadership at the time of crisis.”

The book was strongly condemned by the Simon Wiesenthal Center who received a copy of the book at a Cochin book festival.

“Placing Hitler alongside truly great political and humanitarian leaders is an abomination that is made worse as it targets young people with little or no knowledge of world history and ethics,” said Rabbi Abraham Cooper, the center’s Associate Dean.

At the time of writing, B. Jain publishing has not responded to our inquiries and the book is still on sale in India and the United Arab Emirates.