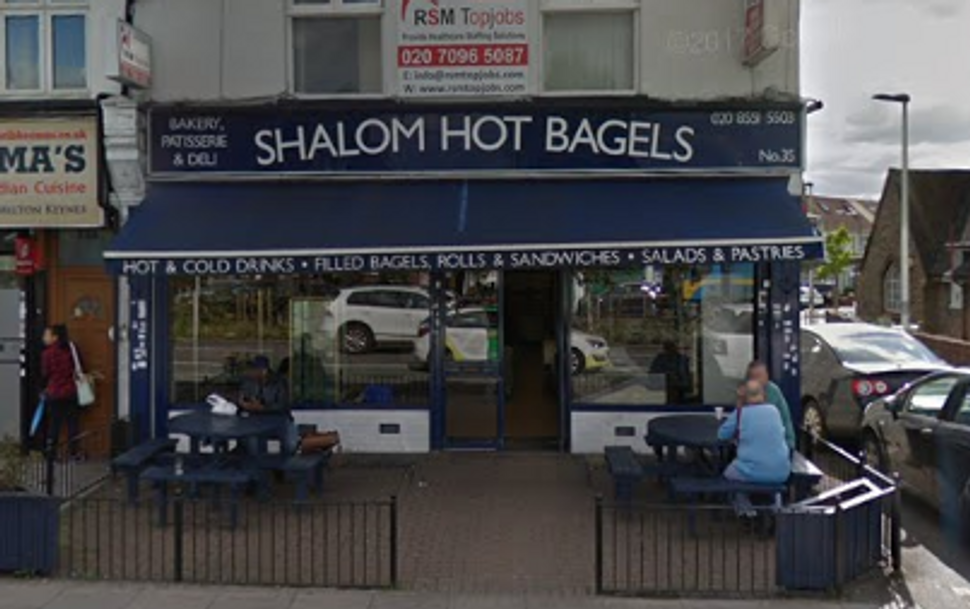 (JTA) — The Jewish owners of a popular bagel shop in London vowed to fight their landlord’s plans to turn their building into an anti-obesity clinic.

Shalom Hot Bagels in northeast London told The Jewish Chronicle that they had not been consulted on the move, which the building’s owner filed with municipal planning authorities, the London-based paper reported Friday.

“We don’t intend to let it happen,” a spokesperson for the bakery, which was established 32 years ago, told the Chronicle. “We have a long lease with the landlord and if the planning application gets approved we will fight it.”

The owners’ application for permission to renovate states that instead of the store would come a practice with four consulting rooms, a dental suite and a sexual health testing facility.

In the application, Client Design Services Limited, the company that the owners have contracted to handle the intended renovation, emphasized the need for a clinic to fight obesity.

“It is estimated that 55 per cent of adults are either overweight or obese. In addition to this, there is a growing prevalence of diabetes within this local community. The clinic will aim to provide weight loss and diabetes services.”