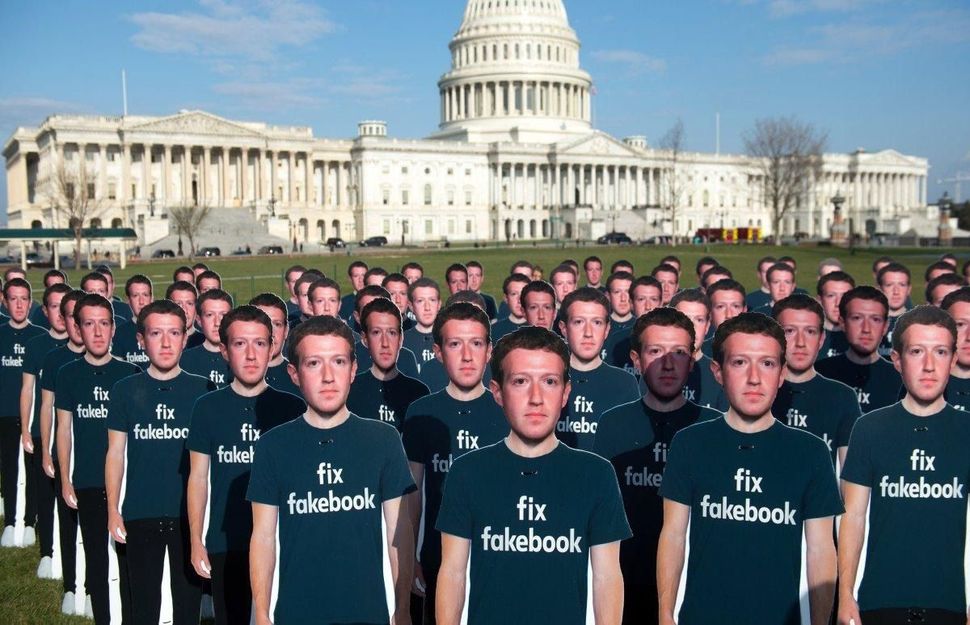 The demonstration is timed with Zuckerberg’s Senate hearing on the recent Cambridge Analytica data misuse scandal.

Avaaz, a group known for its demonstrations, wrote in a press release that Tuesday’s protest is “part of [their] campaign calling on Mark Zuckerberg, Internet CEOs and government regulators to fight disinformation campaigns threatening our democracies.”