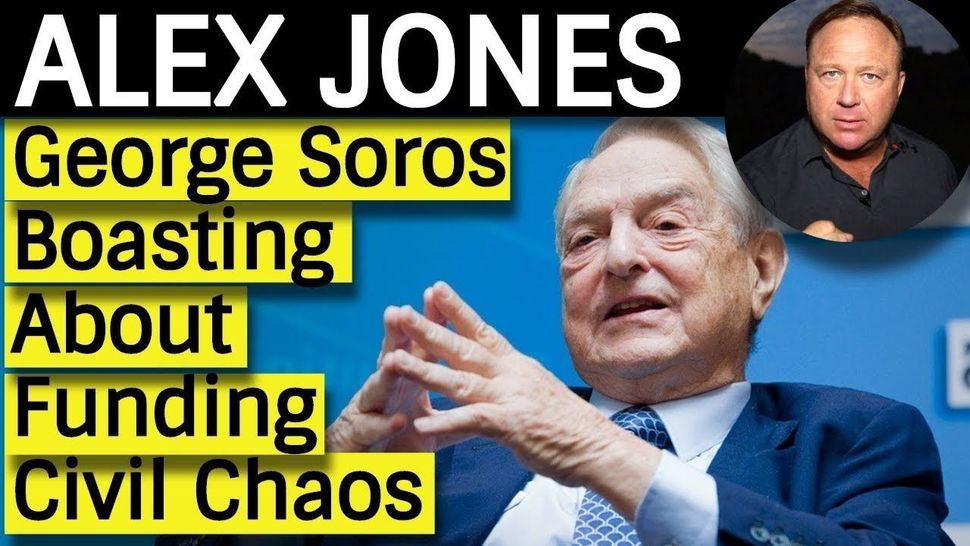 At the beginning of the press conference, Jones played a clip showing some of his more high-profile accusations, including the false claim that Soros was a Nazi officer.

Jones has been sued over a dozen times over the past year, including suits alleging defamation of a Charlottesville counter-protester. Jones blamed Soros for the lawsuits, alleging that Soros is funding the cases against him.

Soros, who is Jewish, is a frequent bogeyman not just for the American far-right, but for far-right politicians across the Western world. Viktor Orban was recently re-elected as prime minister of Hungary while running largely an anti-Soros campaign. Anti-Soros sentiment has also been stoked in Macedonia and Romania.

“It’s a joke, man,” Jones said when asked to answer questions for Right Wing Watch. “You guys just want to pretend you talked to me. It’s just a prop. Make up whatever you’re going to make up.”