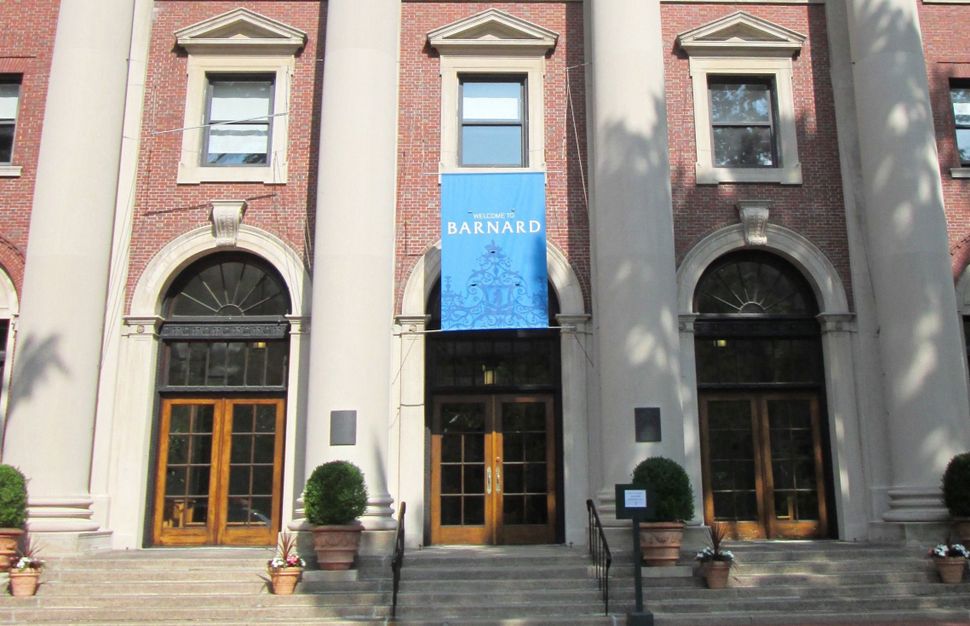 Students at Barnard College, the elite women’s school in New York City, voted this week to ask the university administration to divest from eight companies that do business in Israel.

The referendum, which was written by students from Jewish Voice for Peace and Students for Justice in Palestine, listed ways that companies like Hyundai, Boeing and the Israeli national water carrier Mekorot allegedly violate international law, before asking whether the student government should encourage Barnard to divest from companies that “profit from or engage in the State of Israel’s treatment of Palestinians.”

The 64%-36% victory for the boycott, divestment and sanctions campaign came at what Hillel International describes as the most heavily Jewish school in the country that is not officially Jewish. There are approximately 850 Jewish students at Barnard out of a total undergraduate population of around 2,500. Some 1,153 participated in the vote.

Jewish students at Barnard were highly troubled by the campaign, many of them told the Forward on Tuesday.

Many students are “exhausted,” Columbia/Barnard Hillel student president Talia Rubin told the Forward before the vote. “They don’t want to be bothered by this. They want to do their homework, they want to have a social life.”

No university has ever actually divested from Israel or Israeli companies in response to student pressure. But many students believe that Barnard could be an exception: The school was the first in the country to divest from companies that deny climate change science, in large part because of student pressure.

Both opponents and supporters of the BDS movement believed that Barnard could be a bellwether.

“These things do matter, they influence how people think on campus,” the president of the pro-Israel club Aryeh, Albert Mishaan, told the Forward on Tuesday. “These victories, however symbolic, become the next jumping-off point for further anti-Israel campaigns,” he added.

“If Barnard, the most selective women’s college in the nation, divests, it will influence other schools,” SJP organizer Caroline Oliver agreed.

This article has been updated to clarify the timing of quotes made to the Forward.