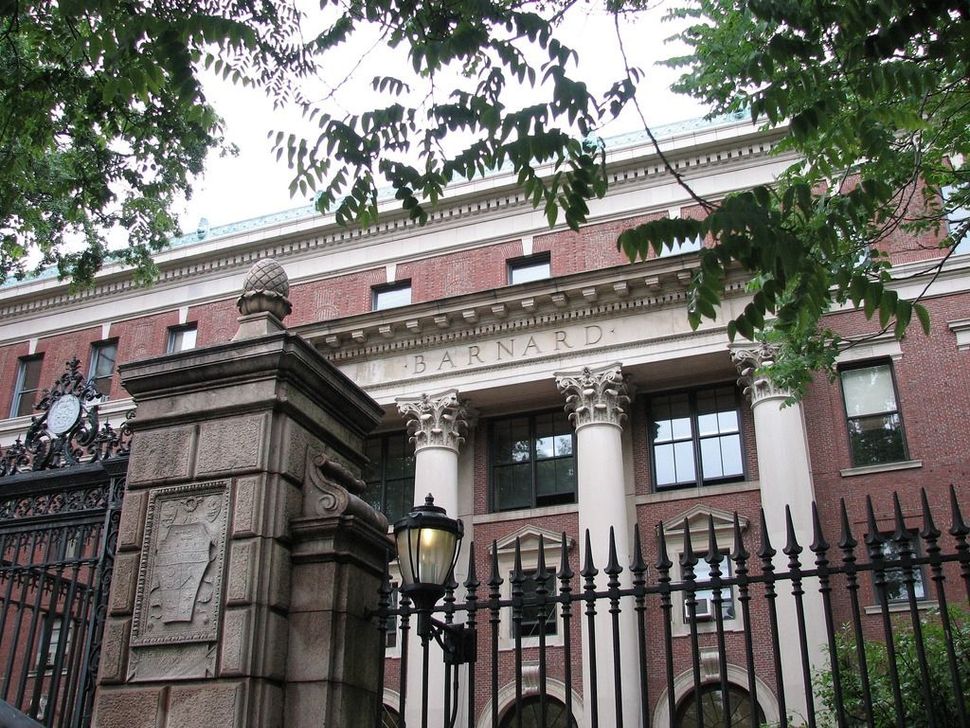 More than 2,000 alumni of Barnard College, including members of the Board of Trustees, have signed a petition urging the school administration to reject the results of a student referendum calling on them to divest from eight companies that do business in Israel.

The elite women’s college, one of the most heavily Jewish in the country, voted 64%-36% last week to ask the student government to formally call on the school’s board of trustees to divest funds from companies like Hyundai, Boeing and the Israeli national water carrier Mekorot, which allegedly violate international law against the Palestinians.

“By presenting a nuanced and complex issue as one sided and simple, it has biased the student body and failed in its duty to act as a neutral arbiter,” the petition says. “BDS is a hateful movement that pushes peace further away and stifles discussion through a misleading and one-sided portrayal of the conflict in the Middle East.”

“At Barnard, we received an education that prioritizes intellectual honesty, social justice, and an impassioned search for truth,” it continued. “But this referendum, and the manner in which it was brought to a vote, reflects none of these ideals and instead silences and marginalizes a community on our campus by refusing to accept the right of the Jewish people to self-determination.”

The student council will vote on Monday whether to follow the referendum and formally petition the school’s Board of Trustees to divest from the companies. Two trustees, Nina Rennert Davidson and Ruth Horowitz, signed the anti-BDS petition.

No university has ever actually divested from Israel or companies that do business there as a result of BDS activism. But Barnard last year became the first school in the country to divest from companies that deny climate change science, doing so in large part due to student pressure.