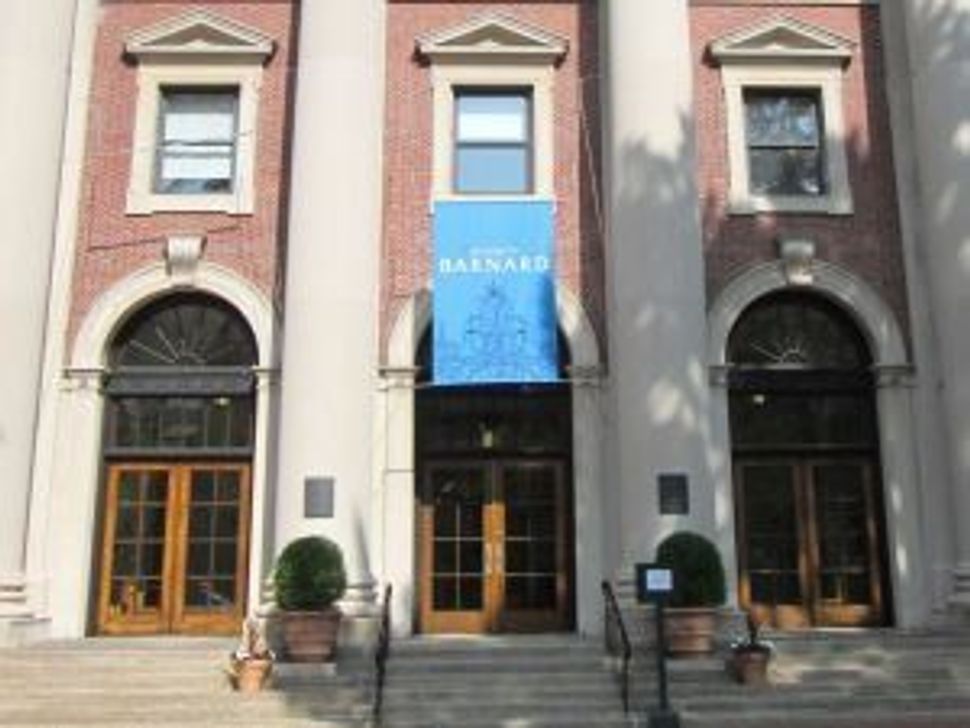 Barnard College’s president Monday rejected the landslide student vote in favor of a referendum calling on the school to divest from several companies tied to Israel.

Sian Leah Beilock sent an email to the Student Government Association (SGA) representative council, which was then forwarded to the entire Barnard community, calling the measure inappropriate.

On Wednesday, SGA, who initiated the referendum, announced that it had passed. 741 students voted in favor of divestment (less than 30% of Barnard’s student body).

“For any referendum related to Barnard’s endowment to be considered by the Board of Trustees, it should meet two exacting standards. The issue under discussion must relate directly to Barnard’s mission, and there must be a clear consensus across the Barnard community that the recommended approach is the best means to address the issue at hand. The referendum you are currently considering does not meet these two standards,” Sian Leah Beilock wrote.

Beilock added that taking an institutional stand in the Israeli-Palestinian conflict would “risk chilling campus discourse on a set of issues that members of our community should be able to discuss and debate freely.”

She added that choosing a side would be inconsistent with Barnard’s mission. “Second, there is clearly not consensus across the Barnard community on whether or how to address the issue. While a majority of students who voted support the referendum, this is less than 30% of Barnard’s student body. Thousands of alumnae have also voiced their opposition to the referendum. For these reasons, Barnard will not take action in response to this referendum,” the e-mail continued.

The end of Beilock’s e-mail, which was also posted on the school’s website, included a Q&A section to provide context to the letter.

Some pro-Israel students see Beilock’s e-mail as the victory they have been fighting for. “We are proud to see that Barnard’s Administration not only rejected this referndum, but courageously and insightfully saw through the BDS facade and called them out for what they truly do: insight fear and hate, prevent discourse, and distort and simplify the complexity of the Middle East conflict. Thank you Barnard for standing by your values, your academic integrity, and your students!” Ofir Dayan, a member of Students Supporting Israel, wrote in an e-mail to the Forward.