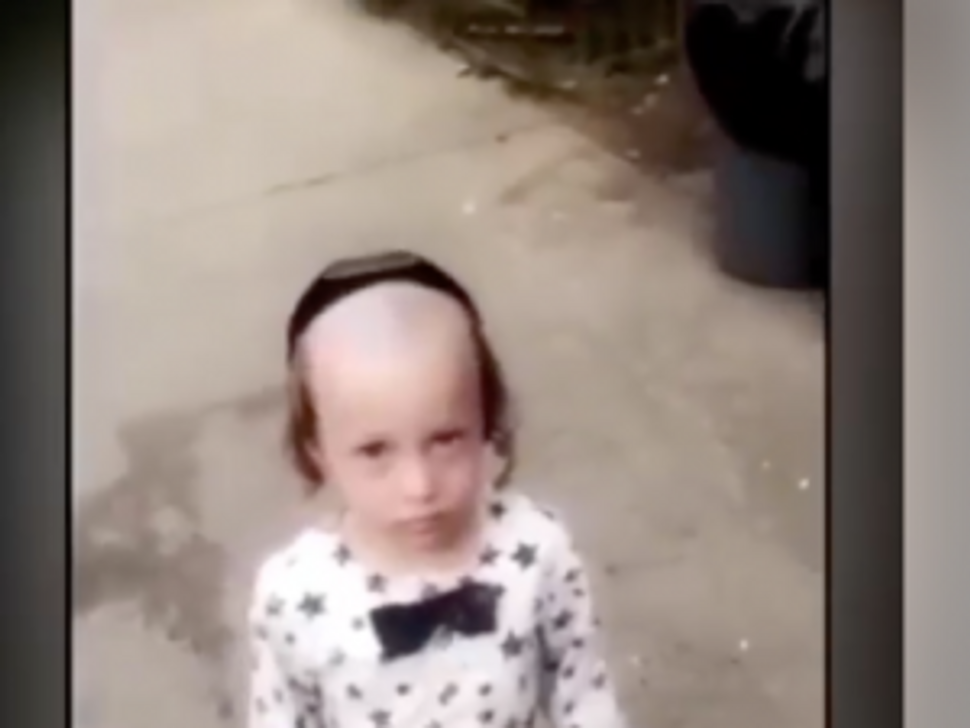 The man who filmed himself taunting a young Hasidic boy over his haircut has issued a video apology.

Quai James’ apology came a few days after the original video went viral, with the original clip viewed over 1 million times and copies of it seen at least a million more.

“I recently posted a online a video of me coming at a little kid in regards to his haircut. I just want to sincerely apologize to that young boy and his family. I never meant for anybody to get hurt. It was just a joke. I’m truly sorry,” James stated in Tuesday’s Twitter video.

“I don’t want this to be a race thing. I have nothing against Jewish people. I have friends that are Jewish. My babysitter growing up was Jewish,” he continued.

Good afternoon to everyone watching .. I’m truly sorry for my actions .. @FonrougeGab pic.twitter.com/HaO4cwGaWN

The 13-second video, which was posted on Saturday, showed James coming across a toddler in the street, looking sad and wearing a kippah, long sidelocks and a shaved head.

“You probably had the full wash and set – they should be fired if they ain’t cut your sh—,” he added. “F—- it though bro, it’s your life.”