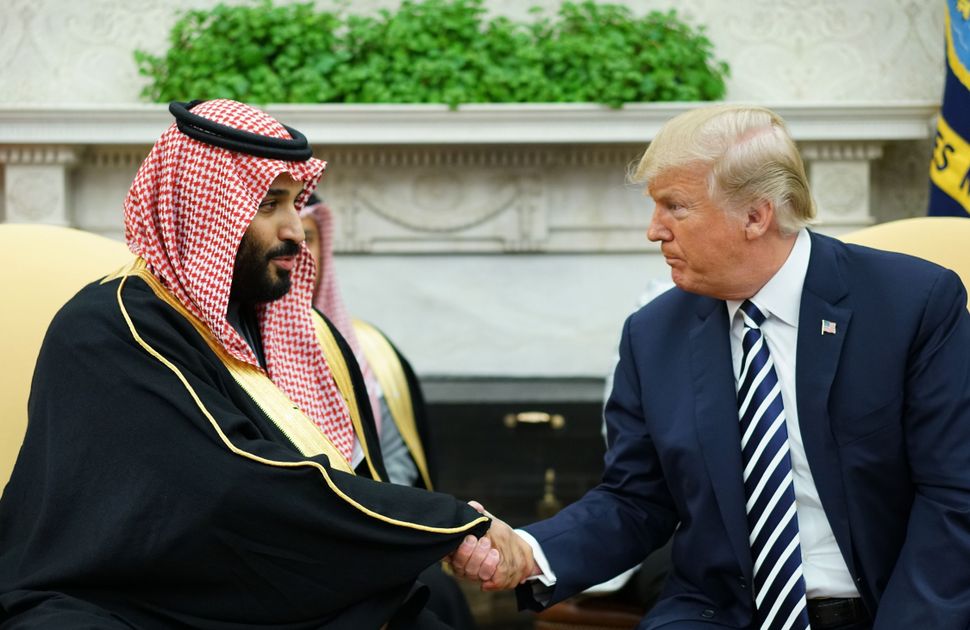 Top Trump fundraiser Elliott Broidy and his business partner George Nader tried to use their access to the president to win lucrative contracts with Saudi Arabia and the United Arab Emirates, the Associated Press reported Monday.

Broidy and Nadar pitched themselves to Arab crown princes “as a backchannel to the White House” who could push anti-Qatar policies within the Trump administration, the AP wrote in its investigation, citing interviews with more than two dozen people and hundreds of pages of leaked emails between the two men. In return, Broidy and Nader expected huge consulting contracts from Saudi Arabia and the UAE.

The AP has previously reported that Broidy and Nader sought to push an anti-Qatar bill through Congress while obscuring the source of the money behind their influence campaign. Broidy claimed in an email that he had “shifted” House Foreign Affairs Chairman Ed Royce, to whom he had donated the legal maximum, from being anti-Saudi Arabia to “being critical of Qatar.” Royce’s spokesman says that the congressman had long been critical of both countries.

The emails obtained by the AP reveal an ambitious, secretive lobbying effort to isolate Qatar and undermine the Pentagon’s longstanding relationship with the Gulf country. They also contain notes of a previously unreported meeting with the president and the most detailed account yet of the work of two Washington insiders who have been entangled in the turmoil surrounding the two criminal investigations closest to Trump.

Neither man registered with the U.S. government under the Foreign Agents Registration Act, a law intended to make lobbyists working for foreign governments disclose their ties and certain political activities.

A lawyer for Broidy, Chris Clark, contended the AP’s reporting “is based on fraudulent and fabricated documents obtained from entities with a known agenda to harm Mr. Broidy.” Nader’s lawyer, Kathryn Ruemmler, declined comment. A senior Saudi official confirmed that the government had discussions with Nader but said it had signed no contracts with either Nader or Broidy.