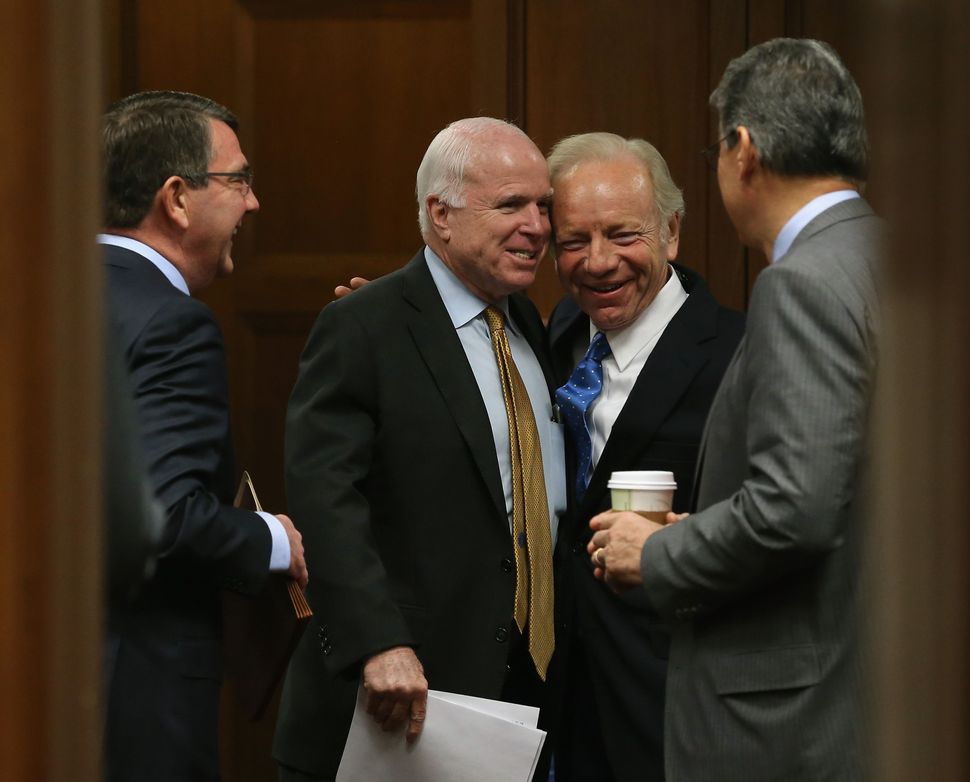 Former Connecticut Senator Joe Lieberman never knew that John McCain had regrets about not choosing him as his 2008 running mate— until the sentiment was shared in McCain’s new book.

“I must say, I kind of wondered, but we never talked about it. It was a classic, as close as we are,” Lieberman told ABC News. “What he said in the book meant a lot to me really because he had never said that before, and it was sort of just an expression of our friendship at a difficult time.”

McCain described the regret in his new book, “The Restless Wave: Good Times, Just Causes, Great Fights, and Other Appreciations.” His advisers warned him against picking Lieberman, a Democrat who turned Independent, because of his support for abortion rights. The advisers believed that support would divide the party, so the Republican selected Alaskan governor Sarah Palin as his running mate.

The 81-year-old Arizona senator has been battling brain cancer since last summer. Lieberman reportedly plans to visit him this weekend in Arizona. Along with South Carolina Senator Lindsey Graham, the men refer to themselves as the “Three Amigos.”

“It’s just an extraordinary friendship really and I consider it to be one of the blessings of my life truthfully,” Lieberman said of the trio.