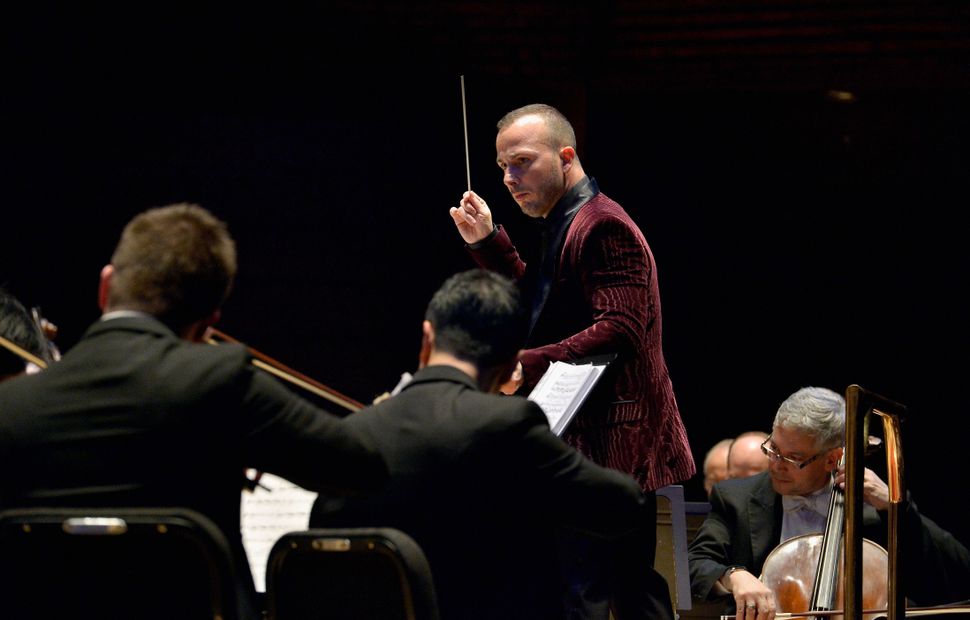 (JTA) — Pro-Palestinian demonstrators protested an upcoming visit to Israel by the Philadelphia Orchestra by disrupting its farewell performance of “Tosca.”

About 60 demonstrators blocked traffic and two of them entered the downtown Kimmel Center for the Performing Arts, leading to the Saturday night concert being halted for 10 minutes, the Philadelphia Inquirer reported.

According to the report, music director Yannick Nézet-Séguin slammed his baton on the podium and walked off the stage followed by some of the musicians. The two demonstrators were forcibly removed from the hall.

“We live in an age where dissent is important. It matters. It should be heard. But the sanctity of the concert hall should be respected,” the orchestra’s interim co-president, Matthew Loden, told the crowd before the performance resumed, according to the newspaper.

The orchestra left Thursday for a two-week trip to Europe and Israel, where it is scheduled to perform in Haifa, Tel Aviv and Jerusalem from June 3 to 5.