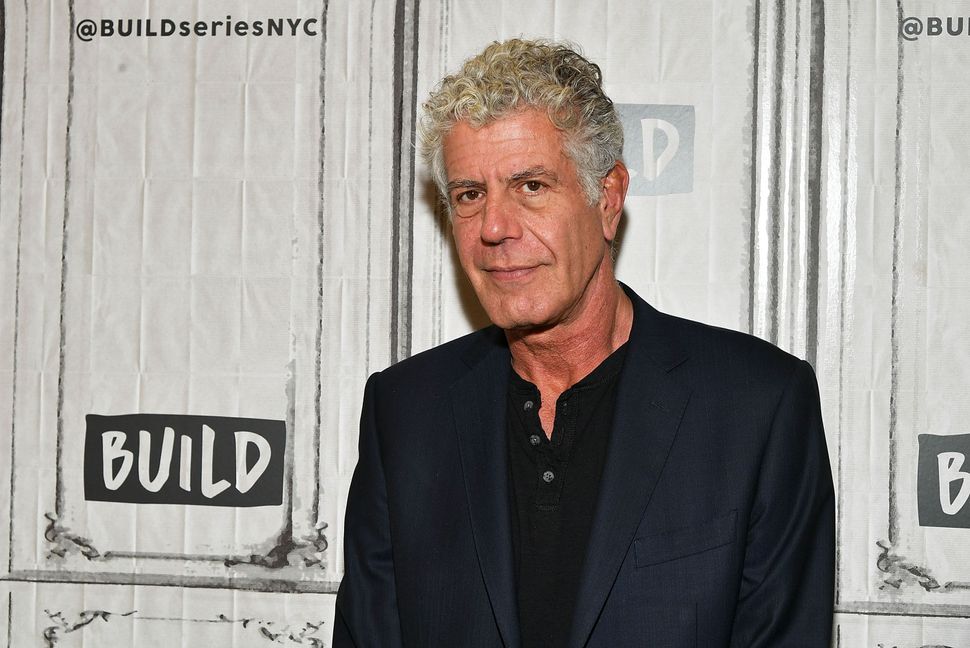 Anthony Bourdain, the host of CNN’s “Parts Unknown” whose mother was a secular Jew, killed himself at age 61 in a French hotel room Friday, authorities said.

Bourdain had reportedly been in Strasbourg, France working on an upcoming episode of his food and travel show, which was in its 11th season.

Although Bourdain’s mother was Jewish, he said he was raised “without religion.”

His food tourism show took viewers to Israel, Gaza and the West Bank in 2013— Bourdain’s first trip to the Holy Land.

While there, Bourdain reflected, “I’ve never been in a synagogue. I don’t believe in a higher power. But that doesn’t make me any less Jewish, I don’t think.”

During the show, Bourdain put on tefillin by the Western Wall, took a walking tour of the Old City with renowned international chef Yotam Ottolenghi and ate Palestinian foods in Gaza. In the Jerusalem episode, Bourdain said that his presence would be “pissing somebody if not everybody off.”

“Where does falafel come from? Who makes the best hummus? Is it a fence, or a wall?” were just a few of the questions that he reportedly explored.