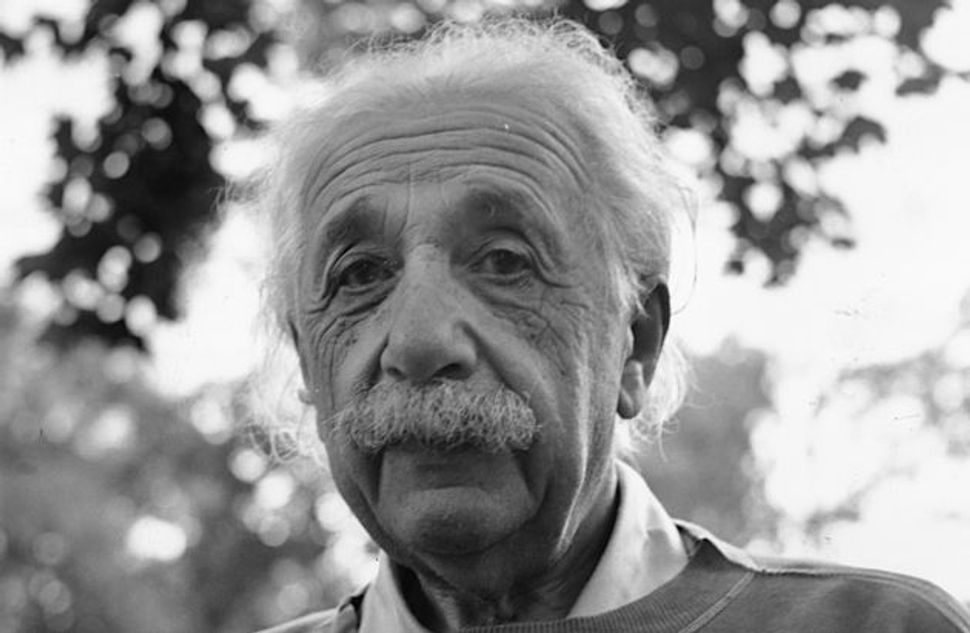 Atomic Man: Ginsberg argues that scientists like Albert Einstein should be considered part of a Jewish war effort. Image by getty images

A four-page letter written by Albert Einstein and his wife Elsa, on the day Einstein renounced his German citizenship, will be auctioned by Nate D. Sanders Auctions on Thursday.

Einstein wrote the letter to his sister Maja Winteler-Einstein on March 28, 1933, aboard the S.S. Belgenland, ignoring pleas from friends and colleagues not to return to Germany with Elsa to stay at their summer cottage. While on the ship, the Einsteins learned their house was raided by the Nazis and turned back. Einstein decided to turn in his German passport when they docked in Brussels.

Elsa began the letter by sharing her concern for Tetel Einstein (Albert’s son from his first marriage), who she assumed was suffering after a vulgar interview her husband gave in New York.

“Maya [sic], life is difficult and horrible,” she wrote. “No matter what, do not write anything related to politics to the children, nothing of Albert’s interview. Oh my God, all of our friends either have fled or they are in jail.”

Einstein ended the letter with a lighter tone.

“Dear Maja, thinking that Tetel was with you was my mistake. It probably happened because you wrote about him in so much detail. Or possibly an unconscious wish [of mine] was behind it. … All the best! We will now look for a hiding place for the summer.”

A separate collection includes a letter from Einstein, in which he discusses helping Jewish refugees escape Nazi Germany. Bidding on each letter begins at $25,000.