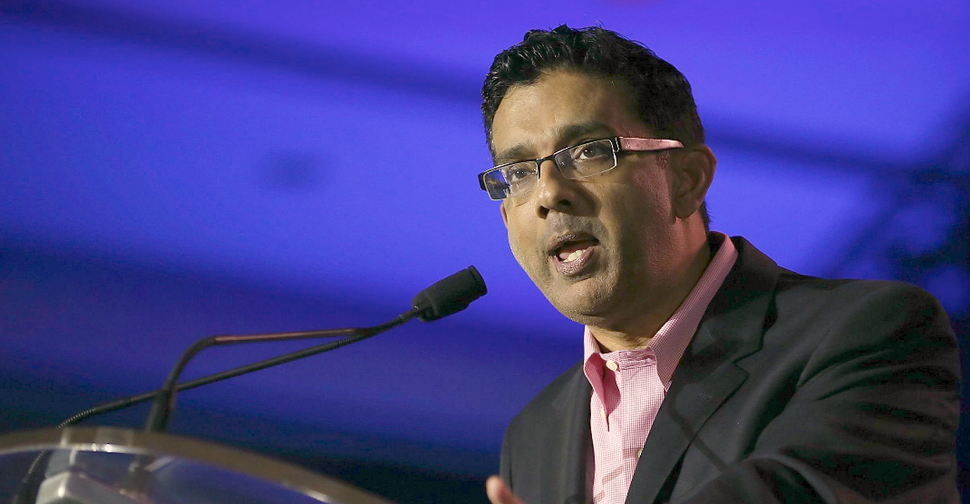 Dinesh D’Souza, who currently is promoting a new film which compares Trump to Abraham Lincoln, on Saturday retweeted a post that praised his movie and included a link to the trailer, which ended with the hashtag #burnthejews.

D’Souza later tweeted: “I did not see the hashtag. Just trying to share the trailer on social media.” D’Souza later retweeted a second tweet that included a link to his movie, this one with the hashtag #bringbackslavery.

Twitter users made fun of D’Souza’s semi-apology. One wrote: “Don’t worry, Dinesh. Everyone accidentally tweets #burnthejews from their abhorrently racist fans. Could happen to anyone. I’m sure it says nothing about who you attract with your messaging.”

Trump pardoned D’Souza, who served as an advisor in the Reagan administration, in May for a 2014 conviction of a campaign violation, after he admitted to illegally reimbursing two “straw donors” for $10,000 each to a New York Senate campaign in 2012. He was sentenced to five years’ probation, eight months in a halfway house and a $30,000 fine.