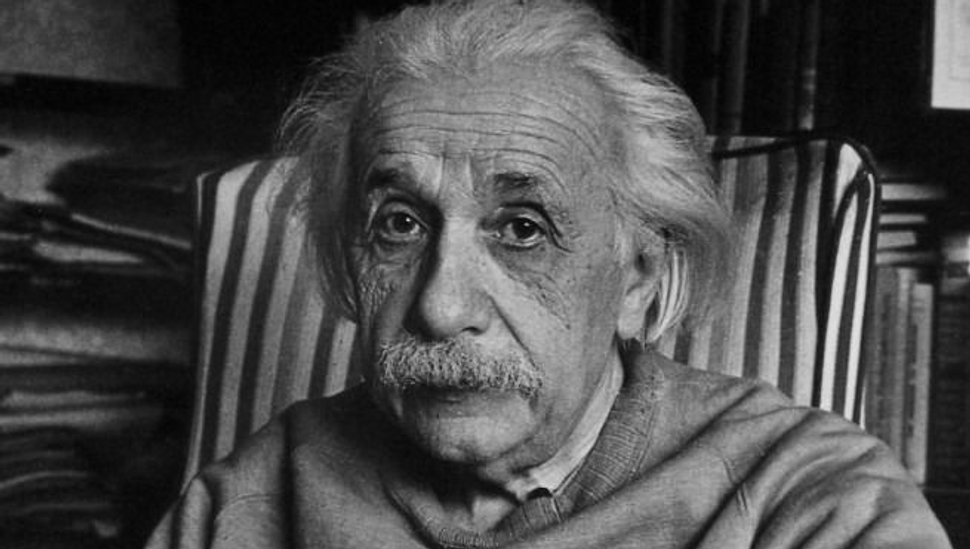 (JTA) — A letter written by Albert Einstein on the day he renounced his German citizenship, after realizing he could not return due to the rise of the Nazis, was sold.

A second letter from Einstein written in 1938 in which he discusses helping Jewish refugees escape Nazi Germany sold for $31,250.

The 1933 letter was written with his wife, Elsa, to his sister Maja Winteler-Einstein about the dire situation in Germany, just minutes before they docked in Antwerp, Belgium, where Einstein renounced his German citizenship. Later that day, Einstein handed in his passport at the German consulate in Antwerp.

After the Nazis seized power in January 1933, they raided Einstein’s home when he and his wife were traveling to the United States. They also reportedly put a bounty on his head. The day the letter was written, the Einsteins were traveling back to Germany, intending to live at their summer home in Caputh, before discovering that the home also had been raided. This led Einstein to decide to renounce his citizenship.

“We will now look for a hiding place for the summer,” Albert Einstein wrote in concluding the letter.