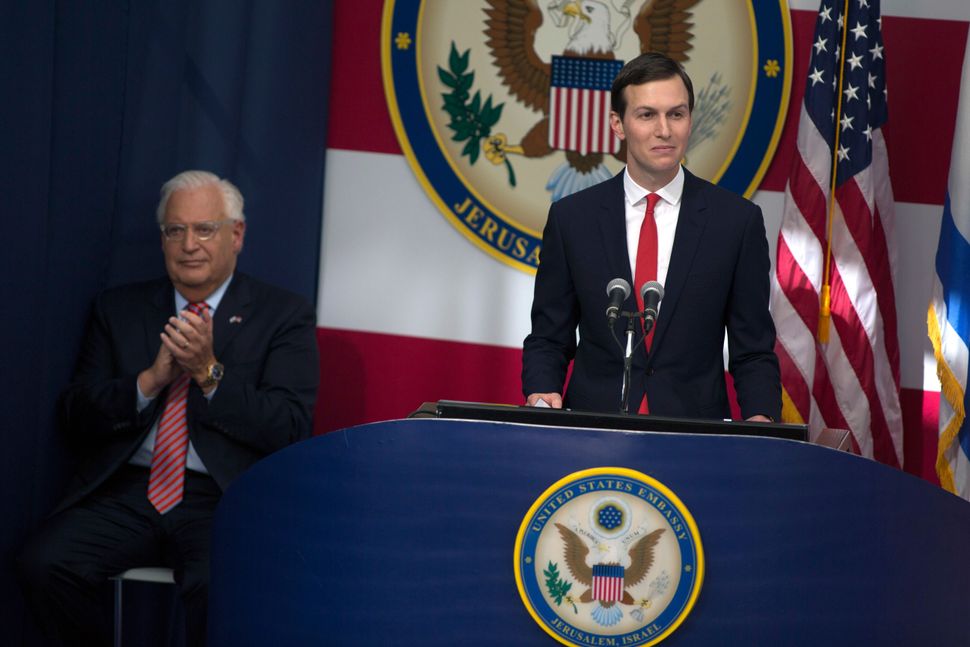 Jared Kushner, senior adviser to President Trump, Jason Greenblatt, special U.S. representative for international negotiations, and David Friedman, U.S. ambassador to Israel, penned the Washington Post piece, “Help is at hand for Palestinians. It’s all up to Hamas,” where they expressed their concern for the continuing “nightmare.”

The relationship between the three men predates their work together in President Trump’s administration, as they have ties to the worlds of New York real estate and law.

“The nightmare of Hamas’s leadership is continuing and needlessly prolonging the suffering of the Palestinian people in Gaza,” it reads.

“Should they try to help the people directly, at the certain risk of enriching terrorists, or withhold funding to Hamas and watch the people it is supposed to govern suffer?”

There’s no good option, they said: Either the government must change or Hamas must recognize the state of Israel. The officials were not shy about their opinion on the matter.

“Seventy years after the founding of Israel, it would be wise for Hamas to acknowledge that the existence of Israel is a permanent reality,” they wrote. “Almost all in the Middle East have come to accept this fact, and many even embrace it. At the expense of the Palestinian people, Hamas is fighting a morally bankrupt, decades-old war that has long been lost.”