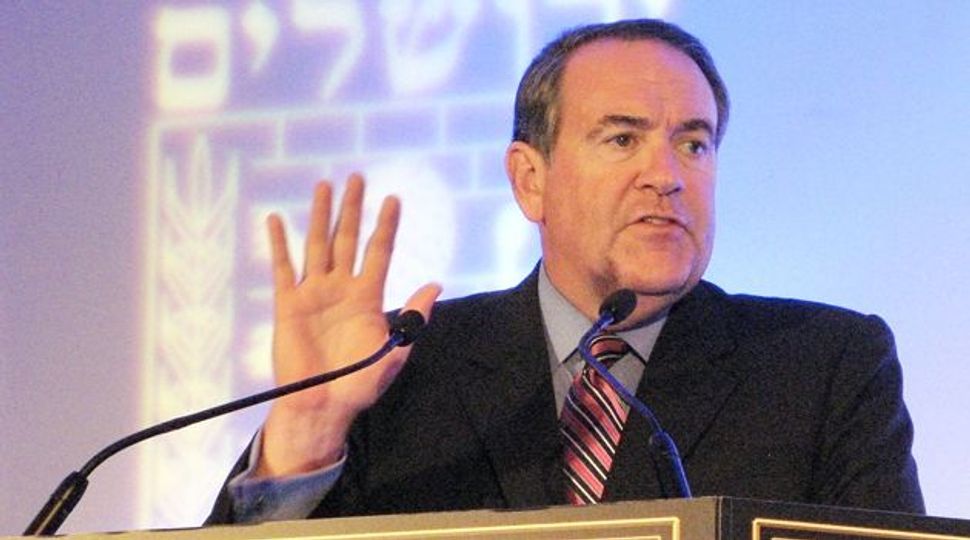 Mike Huckabee said that he was considering buying a “holiday home” at a West Bank settlement while helping built it, The Associated Press reports.

Huckabee, the former governor of Arkansas and presidential candidate, “laid bricks and spread cement” on Wednesday in Efrat, the AP reported. The settlement is constructing a new neighborhood, which Huckabee laid symbolic construction for.

Huckabee added that Trump is “building a new world order.”

This is not the first time that Huckabee has visited a West Bank settlement. In January 2017, he waved a “Build Israel Great Again” hat at the Ma’ale Adumim settlement.

He has also gone to bat for Trump with the Jewish community, once claiming that accusations of Trump’s racism were false because he allowed Jews into his Florida Mar-a-Lago country club.

Efrat itself has recently come under scrutiny. In June, Haaretz reported that an illegally constructed farm school in Efrat was being funded by Israel’s Education Ministry.