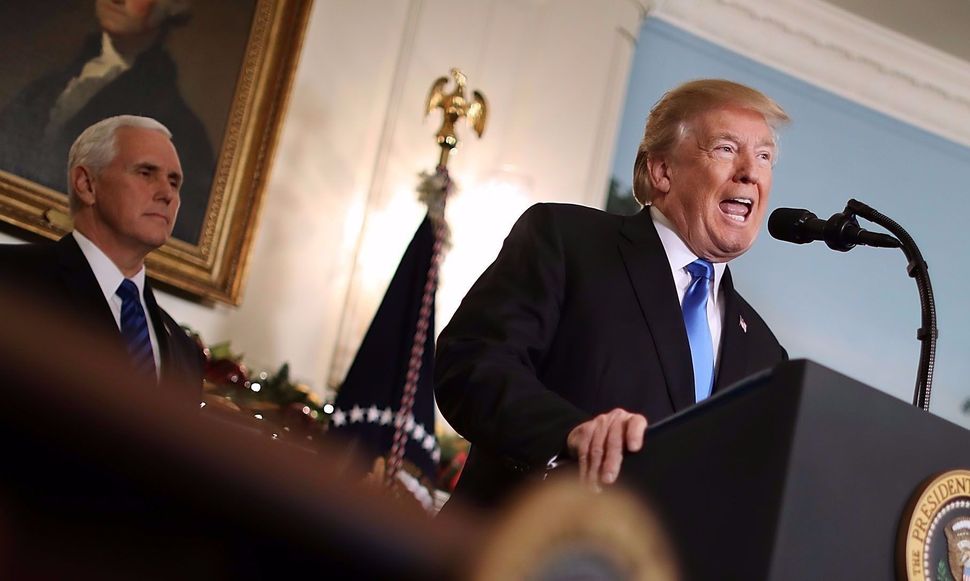 President Trump told King Abdullah of Jordan that a one-state solution to the Israeli-Palestinian conflict might lead to someone named Mohammed becoming prime minister of Israel, several sources briefed on the meeting told Axios.

The White House Middle East policy team is still working on the Trump administration’s peace plan. Trump said when he first took office he would support either a one- or two-state solution, whichever both parties agree to.

A month after meeting with Trump, Abdullah briefed French Foreign Minister Jean-Yves Le Drian in Amman, according to French diplomats. The king said he warned Trump that “many young Palestinians don’t want the two-state solution anymore, but would rather live together with the Israelis in one state with equal rights for all.” He also suggested that Israel “will lose its Jewish character,” Axios reported.

That led Trump to say, sarcastically, “What you say makes sense. … [In a one-state scenario,] the prime minister of Israel in a few years will be called Mohammed.”

Abdullah said he asked Trump not to rush to present his peace plan “because there are too many difficulties at the moment,” the French diplomats confirmed.

Trump said that he is still committed to the issue, and if his administration can’t reach a deal between Israel and the Palestinians, then no U.S. administration ever will.