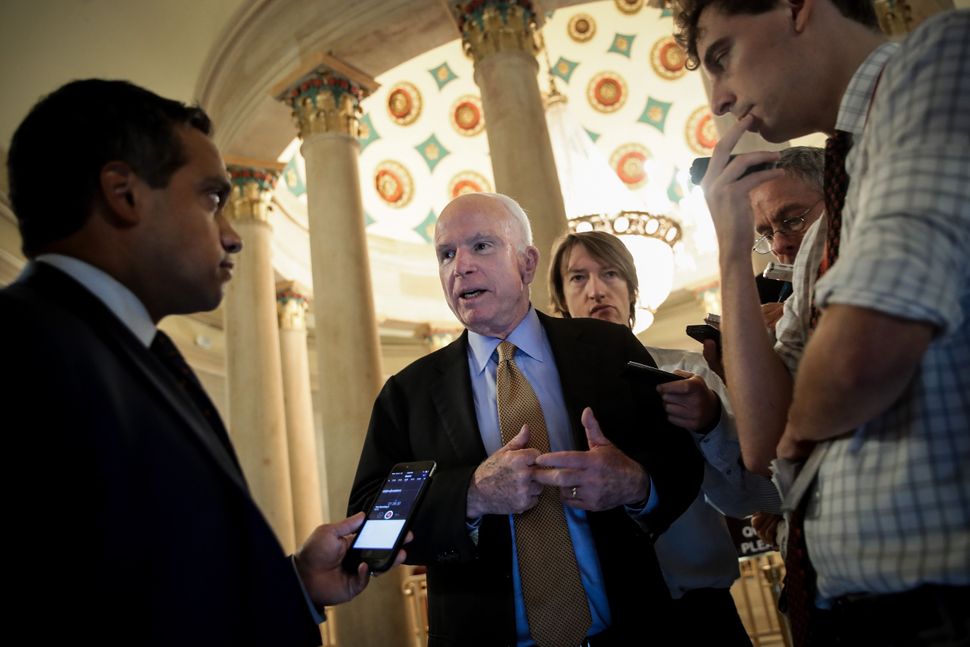 During a conversation about the Holocaust, the editor-in-chief of The Atlantic told Sen. John McCain that he would have passed the “Anne Frank Test.”

Jeffrey Goldberg wrote in The Atlantic that he talked every so often about the Holocaust with McCain, who died Saturday of brain cancer. McCain told him that all civilized people, and the governments of all civilized nations, should be intolerant of leaders who commit verified acts of genocide.

Goldberg told him that he would pass the Anne Frank Test: Which non-Jewish friends would risk their lives to hide Jews should the Nazis ever return? (McCain was unfamiliar with the test, which Goldberg said he found surprising, given that his best friend was Joe Lieberman.)

Goldberg wrote that McCain laughed, and then became serious.

“I like to think that in the toughest moments I’d do the right thing, but you never know until you’re tested,” McCain told him.

Goldberg thought this was absurd, noting McCain’s sense of honor. When he was in Vietnamese captivity, he rejected an offer to be released — based on time held in captivity, it was not his turn. So Goldberg pressed him on his response.

“I’ve failed enough in my life to know that it’s always an option,” McCain had said. “I like to think I would do what it takes, but fear will make you do terrible things.”

McCain smiled, he said. “It would be an honor and a privilege.”