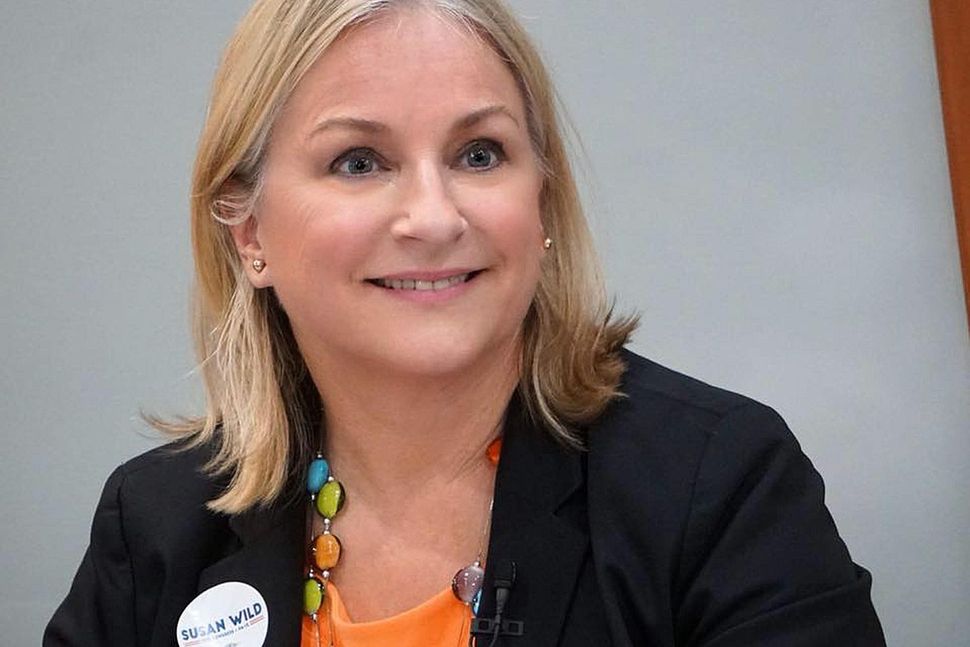 Jewish Democrat Susan Wild is running in a Pennsylvania swing district that could help determine who controls the House in 2019. Image by facebook

Democratic candidate and local Jewish Federation board member Susan Wild has a small lead in a hotly-contested Pennsylvania congressional race that could help decide who controls the House of Representatives in November.

Wild, who is running against Republican candidate and former champion cyclist Marty Nothstein, was ahead 46% to 40% in a survey of all registered voters in the 7th District, covering part of the Philadelphia suburbs, according to a Sept. 13 Monmouth University poll.

Their district was reshaped earlier this year after a court order against state gerrymandering, so it is hard to make a direct comparison to previous electoral turnouts, Monmouth pollsters said. The district’s previous incarnation was so convolutedly drawn that it was said to resemble Goofy kicking Donald Duck.

While Democratic candidates garnered more than 13,000 votes over their Republican counterparts in the May 15 primary, the survey showed Democratic voters less fired up than other areas.

“This is the only race we’ve polled this year where the enthusiasm gap does not favor the Democrats,” Monmouth University Polling Institute director Patrick Murray said in a statement. “Part of this may be due to the fact that neither candidate is particularly well-known in the part of the district that is currently represented by a Democratic incumbent,”

Wild is part of a group of Jewish candidates who have excelled in fundraising and are competing in swing districts across the country.

Jews made up about 5% of all residents in the previous district, more than double the national average. But it was not clear exactly how much those numbers have shifted with redistricting.

Today I’m proud to endorse such a wide and impressive array of Democratic candidates – leaders as diverse, patriotic, and big-hearted as the America they’re running to represent: pic.twitter.com/gWzalQhFas