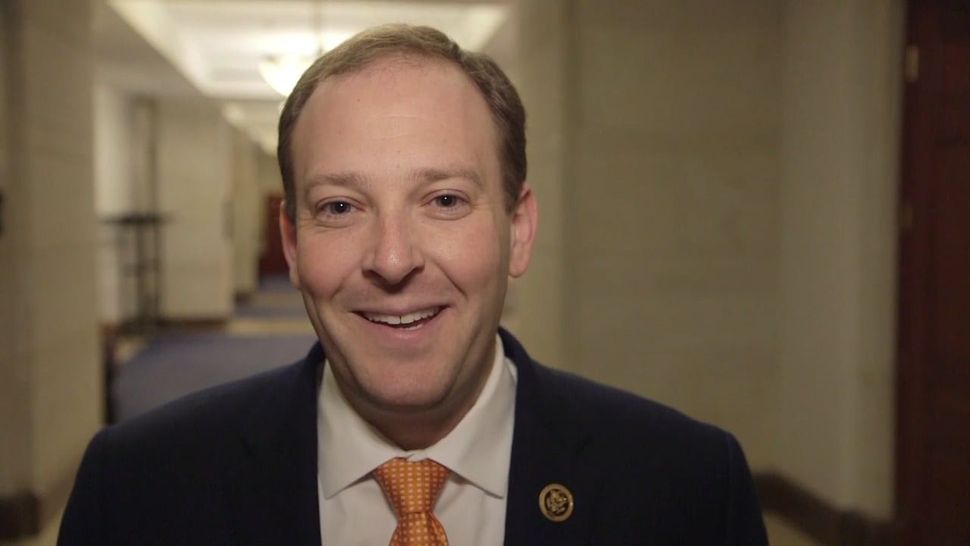 The president tweeted Wednesday that Zeldin, who represents the eastern end of Long Island, has his “Complete and Total Endorsement!” That comes less than a week after a liberal PAC released a poll showing Jewish Democratic challenger Perry Gershon down by just three points, well within the survey’s 4.9% margin of error.

Congressman Lee Zeldin is doing a fantastic job in D.C. Tough and smart, he loves our Country and will always be there to do the right thing. He has my Complete and Total Endorsement!

Gershon fired back on Twitter that the endorsement shows how worried Republicans are about losing the district, which Trump carried by more than 10 points, but Barack Obama narrowly won the previous two elections.

TFW your favorite puppet’s district is slipping away https://t.co/vYFTQL8DBn

The poll showed that support for Trump has plummeted since 2016. Only 42% of people surveyed said they had a favorable view of him compared with 52% with an unfavorable opinion.

Zeldin is still popular within the Republican base but appears to be struggling with independents.

Sensing an opening, the Democratic Congressional Campaign Committee threw additional support into the race in mid-September.

Gershon is part of a strong crop of Jewish candidates hoping to help Democrats retake the House in November.