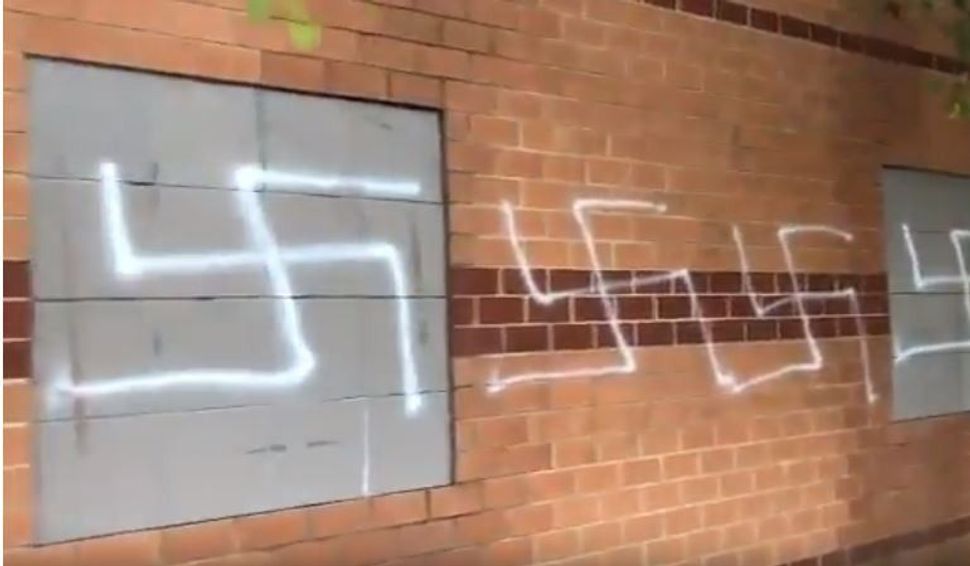 The Jewish Community Center of Northern Virginia was vandalized with swastikas. Image by Jai TV / YouTube

JCC employees discovered the vandalism when they were opening up the building that day. Security footage captured a suspect spray-painting the swastikas at around 4:30 a.m. Police are working to identify the culprit.

The JCC was also hit with vandalism on the first night of Passover last year, when someone spray-painted “Hitler was right” on the walls.

JCC members and local politicians were quick to condemn the incident.

This is the Fairfax Jewish Community Center this morning.

An insidious rise in hateful actions and anti-Semitism is happening in Virginia and across the country. We must meet it with fierce condemnation and an over-abundance of love and unity. We cannot allow hate to fester. pic.twitter.com/85bW2Hl0th