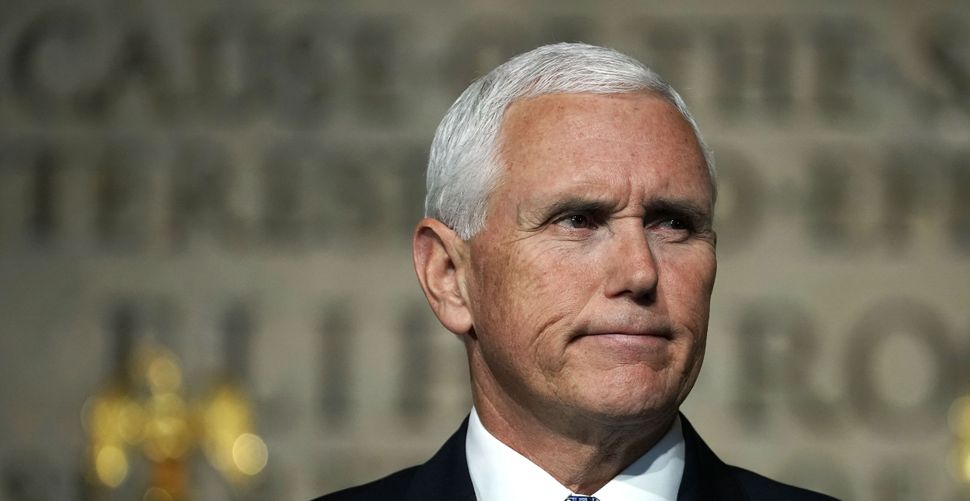 Vice President Mike Pence was joined by a Jews for Jesus ‘rabbi’ who prayed for the victims of the Pittsburgh synagogue shooting at a Republican campaign rally in Michigan on Monday.

Messianic Jewish Rabbi Loren Jacobs of Synagogue Shema Yisrael intoned prayers to “Jesus the Messiah” and denounced the “hate inspired shooting in synagogue in Pittsburgh” before Pence spoke at the rally in Grand Rapids.

Pence is an evangelical Christian who maintains close ties to so-called Messianic Jews, who mostly share his right-wing political beliefs and strongly support Israel and the occupation.

Messianic Jews believe in Jesus Christ and focus on seeking to convert Jews to their unusual belief system. Most mainstream Jewish groups do not accept them as legitimate Jews. Some retweeted stories about Pence’s rally with the hashtag #FakeJews, a play on Trump’s penchant for bashing the media.

Like President Trump did over the weekend, Pence quickly pivoted away from the tragedy in Pittsburgh to partisan pot shots.

“All that talk about a blue wave, let’s just make sure that blue wave hits a red wall right here in Michigan,” Pence said, according to the Detroit News.

The veep stumped for GOP Rep. Mike Bishop, who is trailing Jewish Democrat Elissa Slotkin in a tightly contested race. Pence also boosted Lena Epstein, a Jewish Republican, who is locked in a tight race with Democrat Haley Stevens for an open seat outside Detroit.

Epstein, who ran Trump’s successful 2016 campaign in Michigan, has invited Jacobs to pray at other campaign events, Talking Points Memo reported. She claimed that inviting Messianic Jews is a sign of embracing “religious diversity.”