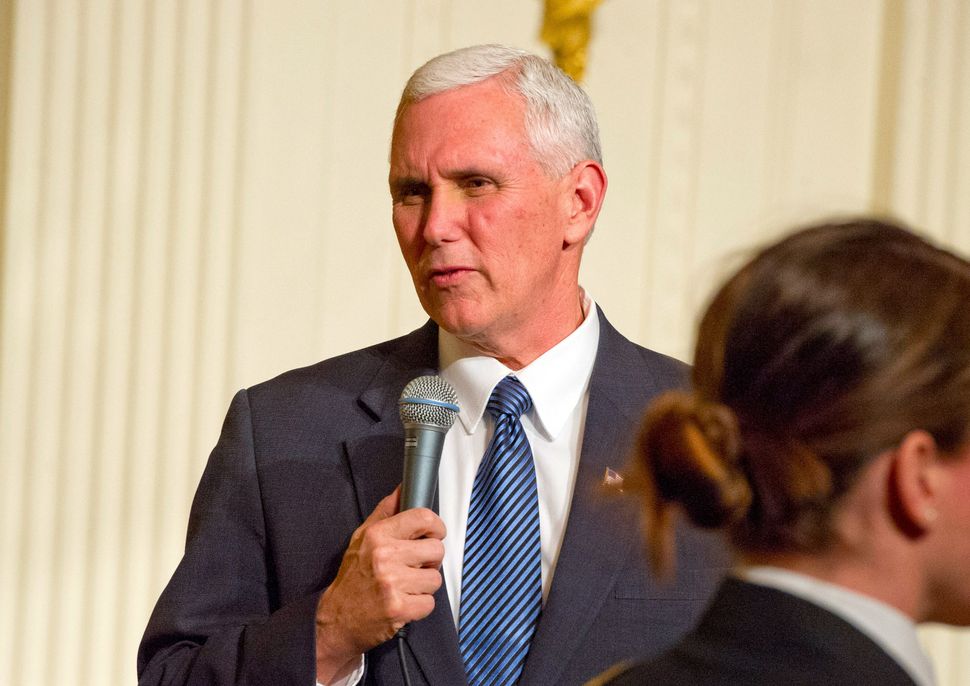 The Messianic “rabbi” who joined Vice President Mike Pence to pray for the victims of the Pittsburgh synagogue shooting was reportedly defrocked 15 years ago by the organization that ordained him, NBC News reported.

Loren Jacobs, who called for prayers in the name of Jesus at a Republican campaign rally in Michigan on Monday, was dumped over a libel case.

“Loren Jacobs was stripped of his rabbinic ordination by the [Union of Messianic Jewish Congregations] in 2003, after our judicial board found him guilty of libel,” UMJC spokeswoman Monique Brumbach told NBC. It is unknown who Jacobs allegedly libeled.

Pence, who has identified as a born-again evangelical Christian and a passionate supporter of Israel, has been criticized for having Jacobs come onstage to “offer a word of prayer”, and invoke the name of Jesus Christ while delivering a prayer in memory of 11 Jewish victims, at the rally for Lena Epstein, a Republican running for Congress in Michigan’s 11th District. His spokesman reportedly insisted that Epstein, a longtime member of a Detroit–area synagogue, invited Jacobs to the rally.

Messianic Jews believe that Jesus is the messiah and focus on seeking to convert Jews to join Jews for Jesus. Mainstream Jewish groups do not see them as legitimate Jews. Some retweeted stories about Pence’s rally with the hashtag #FakeJews, a play on Trump’s media bashing.