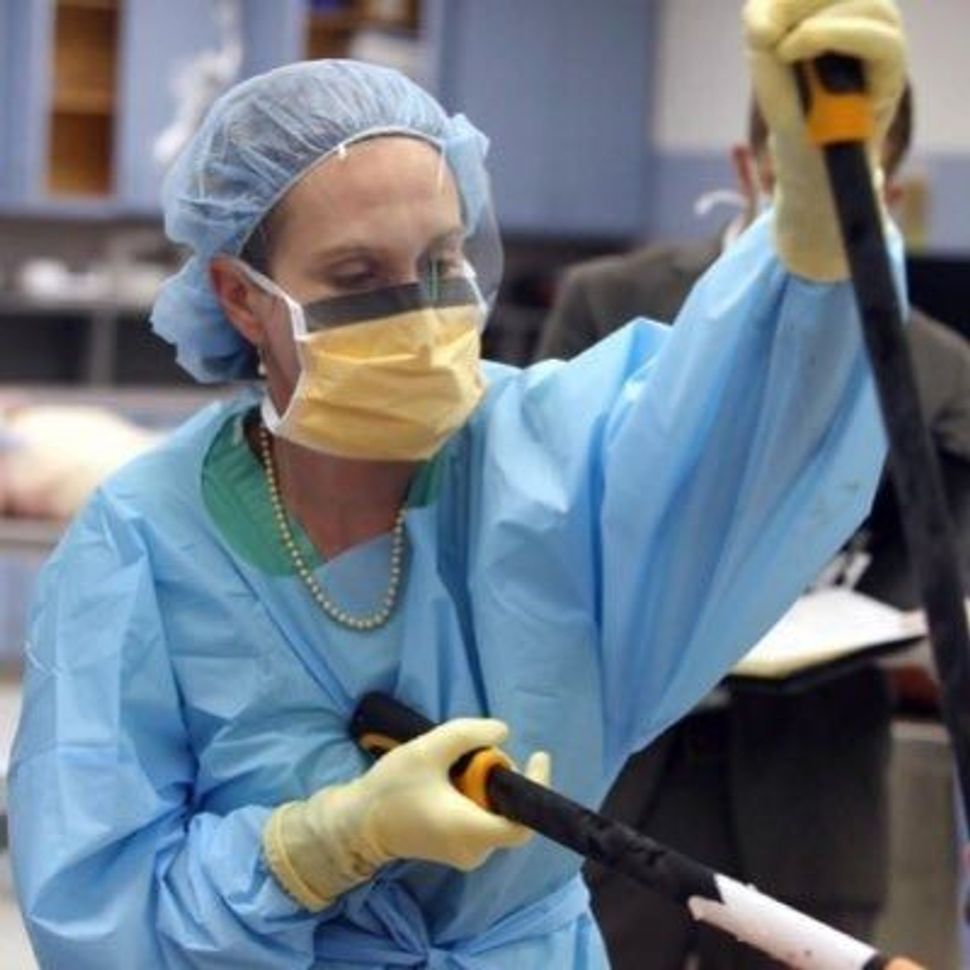 A Jewish doctor’s politically charged tweet went viral after she responded to the National Rifle Association’s statement that doctors should “stay in their lane” when it comes to speaking out in favor of gun control, the San Francisco Chronicle reported.

“Do you have any idea how many bullets I pull out of corpses weekly? This isn’t just my lane. It’s my f— highway,” forensic pathologist Judy Melinek wrote on Friday, following another day of performing a gunshot victim autopsy.

The American College of Physicians had just issued new guidelines for doctors to protect patients from gun violence. The NRA quickly fired back with a tweet stating, “Someone should tell self-important anti-gun doctors to stay in their lane.”

Just hours after the NRA’s tweet was posted, America’s 307th mass shooting of 2018 occurred, when a gunman killed 12 people in a country music bar in Thousand Oaks, California. One week before, 11 congregants were murdered by an anti-Semitic gunman at a synagogue in Pittsburgh.

Across social media, other doctors joined in on Melinek’s outrage, using the hashtag #ThisIsOurLane. Some posted photos of themselves soaked with the blood of gunshot victims they’ve treated — or, like Melinek, autopsied. One posted a photo of a heart ripped apart by gunfire.

“We do our jobs every single day, and our job is to be an expert on what bullets do to bodies,” Melinek told the Chronicle. “We’re the ones who are called to the scene (of homicides). We are the ones who testify in court about the pain and suffering that happens because of gun violence. We’re the ones who see the consequences of lax gun policies.”

Melinek was born in Israel and was inspired to become a doctor by her father, who was a medic in the Yom Kippur War.