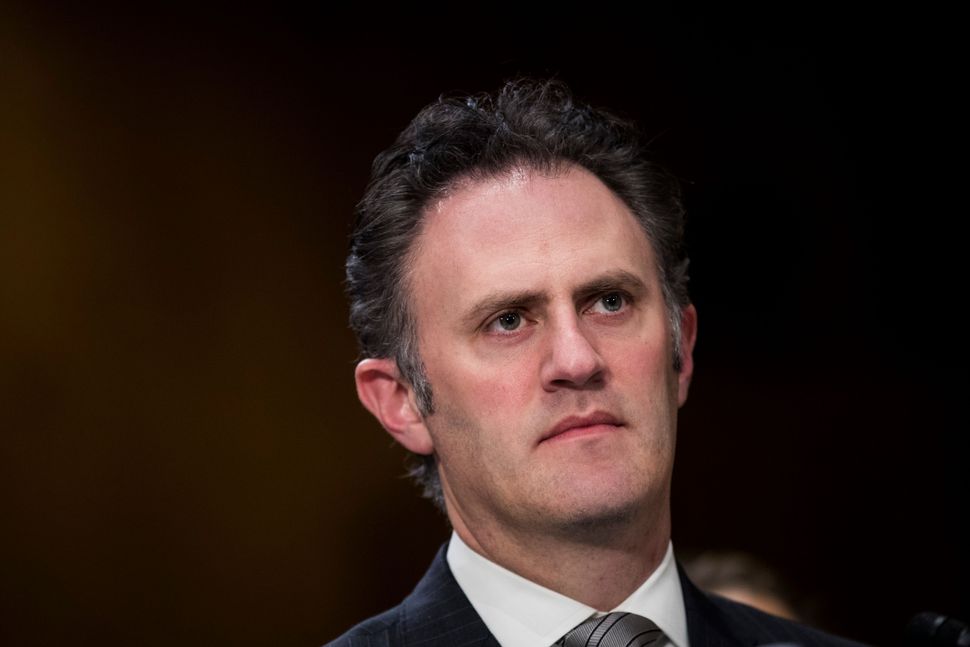 WASHINGTON (JTA) — The Trump administration is offering up to $5 million for information on a Lebanon-based Hamas leader believed to have directed several terrorist attacks in the West Bank, including the killing of three teenagers that was one of the factors leading to a war in 2014.

Salih al-Aruri was one of three wanted terrorists listed Tuesday by the U.S. State Department under its Rewards for Justice program, which lists the terrorists most wanted by the United States. The reward for information leading to the identification or location of each of the three is up to $5 million.

“Aruri is currently living freely in Lebanon, where he reportedly is working with Qasem Soleimani, leader of the Iranian Islamic Revolutionary Guard Corps’ Quds Force,” the State Department statement said.

“Aruri funded and directed Hamas military operations in the West Bank and has been linked to several terrorist attacks, hijackings, and kidnappings,” the statement said. “In 2014, al-Aruri announced Hamas’s responsibility for the June 12, 2014, terrorist attack that kidnapped and killed three Israeli teenagers in the West Bank, including dual U.S.-Israeli citizen Naftali Fraenkel. He publicly praised the murders as a ‘heroic operation.’”

Those killings accelerated tensions between Israel and Hamas, leading to the 2014 Gaza war.

The other two terrorists named Tuesday are members of Hezbollah. In its statement, the State Department said that one of those terrorists, Khalil Yusif Mahmoud Harb, an adviser to Hezbollah chief Hassan Nasrallah, is also the group’s liaison to Iran and to Palestinian terrorist groups.

The other one, Haytham Ali Tabatabai, commands Hezbollah forces in Syria and Yemen.

Nathan Sales, the ambassador-at-large and coordinator for counterterrorism, said at a briefing for reporters that the designations were part of a ramping up of U.S. pressure on Iran.